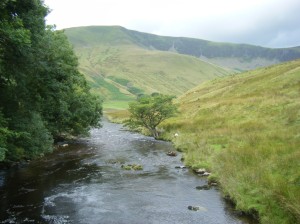 It might be the quieter side of Cumbria but the Howgill Fells get just as many people walking them so its always good to find a path that is a bit quieter.

Despite Cautley Spout being a great waterfall and worth the short walk in, the path at the side looks steeper than it is to the inexperienced walker, or in this case scienceboy who was dragged with me for the days walk. “Are we nearly there yet?” was the constant chatter to the top, I forgive him – its been a while since he’s joined me and I’ve certainly been on some long walks recently.

Its a shame that the path across the summit is a metre wide stone one, looking like a road from a distance.

We descended directly back to the car at Cross Keys from the final top of Calders, following the fence line and the continuing on to pick up Pickering Gill and following it down to the footbridge and back to the road. 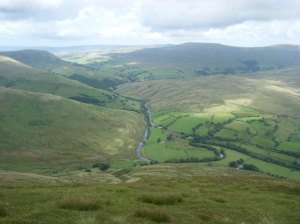