Heading up the ski lift to the Cinque Torri, the group of more than 5 towers that lies on the south slopes of Falzarego Pass above Cortina, we were finally having a day of proper climbing and not via ferratas. A day without the safety of the cable on the rock.

Having me in toe (or is that tow?) we headed to Torre Terza to do an easy multi pitch up the route ‘via normale’ followed by one of the ‘school of rock’ sport routes. Whilst the multi pitch trad route had a great abseil off it was really a scramble route and not climbing, but as a group of three it did give us chance to watch and listen to the other climbers in this small arena, all shouting and swearing at one another as they climbed through the mist up the rock spires. 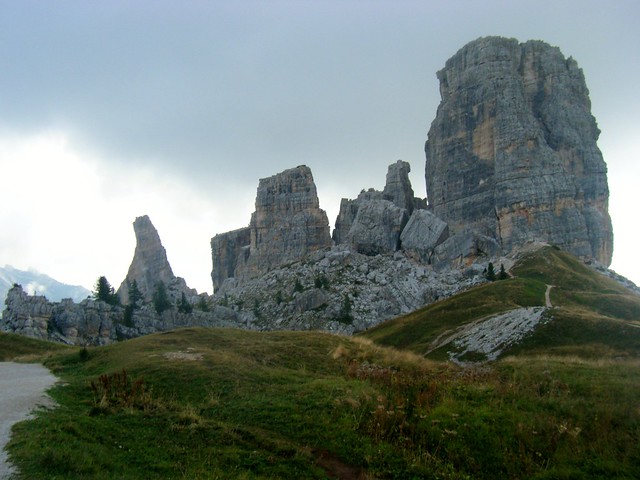 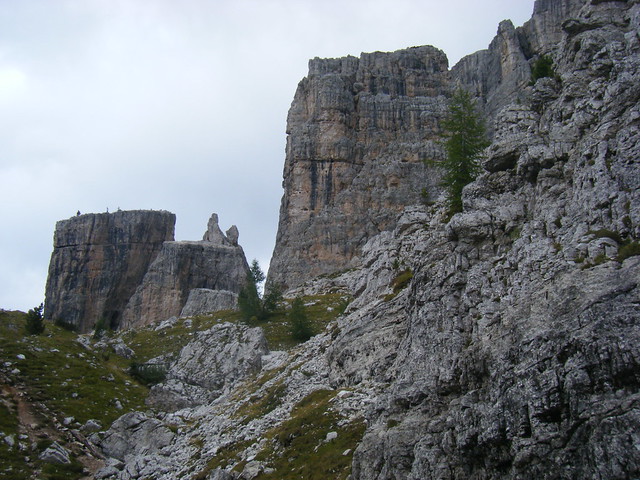 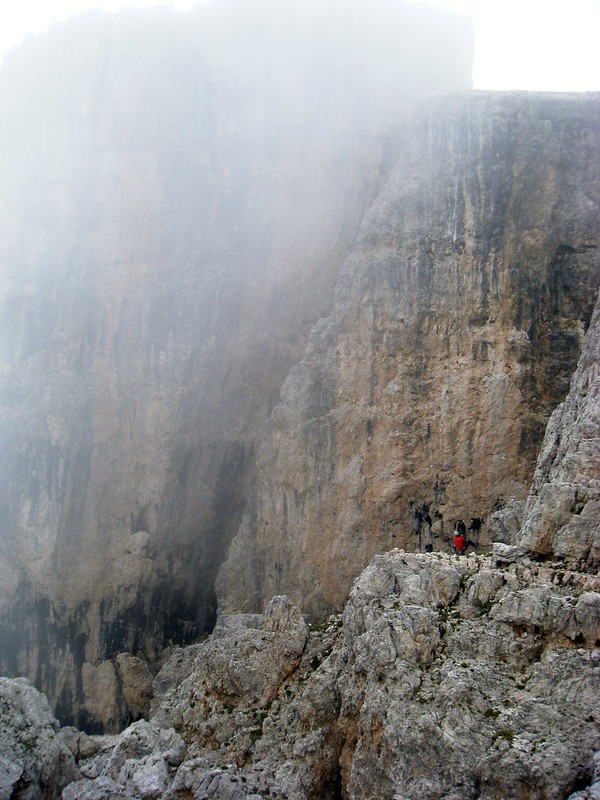 Thankfully I didn’t get photos of myself dangling from rope (though there’s some of me out there somewhere from friends!). This is where I confess it was the first time I trusted a prussik knot as my safety to descend an abseil – it seems counter intuitive that a tiny bit of rope will really take my weight and act as a suitable brake. Yes, I was praying a little under my breath!

Even if you’re not a climber, Cinque Torri is worth visiting for the history of the First World War at the front line between Austrian and Italian armies which is now preserved as an open air museum.  Trenches still exist along the mountainside, from where at this high altitude you can see across the valley to the front line Italian hospital we saw the day before. The area is brought alive with information boards detailing the brutality and attrition of the period, both from the battles and also the exposure during the long cold winters in isolated remote areas. They also detail the generosity of the people of Cortina to both armies. 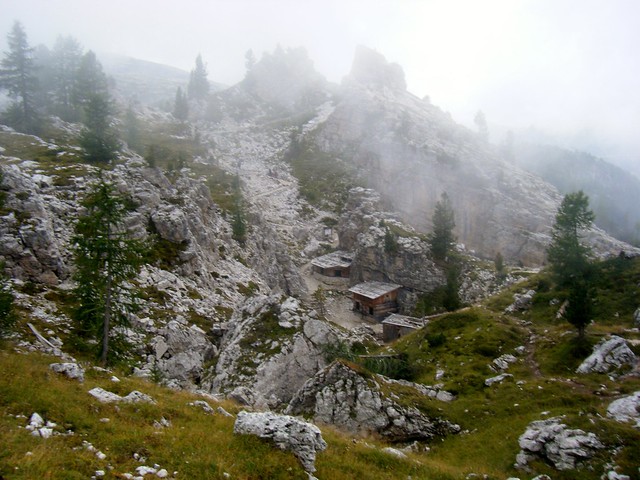 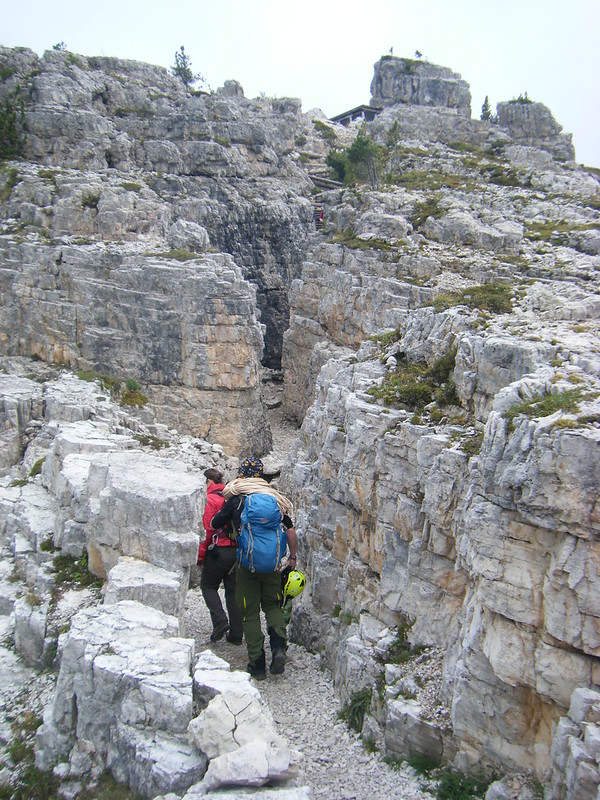 One Reply to “Climbing amidst history on the Cinque Torri”