I should start by saying I’m not really a cycling and have never mountain biked before. I own a bike which gets used once in a blue moon in the summer but is currently unloved in the shed collecting spiders.

But since I was in Bolivia it seemed like a good idea to take up the chance to mountain bike the famous Death road. How hard can it be? Its all downhill after all.

If you’re a strong cyclist or experienced at mountain biking, the Yungas road, or Death road isn’t that hard at all. But if like me, you’re a bit shaky on anything with front suspension, its a bit hair raising!

The Yungas road or Death road as its otherwise called, runs from the top of the pass from La Paz at 4600m high down to Coroico at only 1,200m (the lowest I ever made it in Bolivia!)

The 64 km route actually starts at the top of the hill with a long section on the road. I was quite scared of flying over the handlebars with the power of the brakes so I avoided hurtling down the hill at lightning speed.

The top part of the route is actually very impressive, as you wind through the mountains, and despite being on the main road its not too busy that you feel threatened by traffic.

Looking back up the valley you can just make out the route of the road. 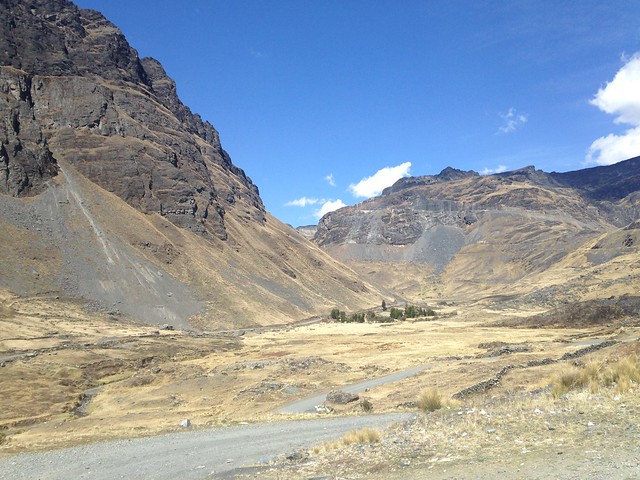 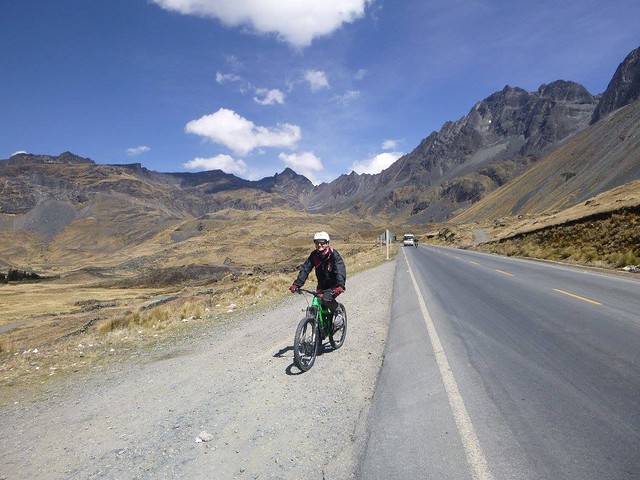 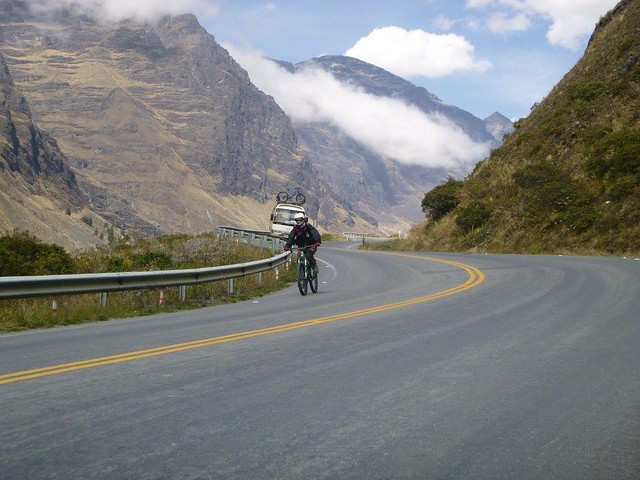 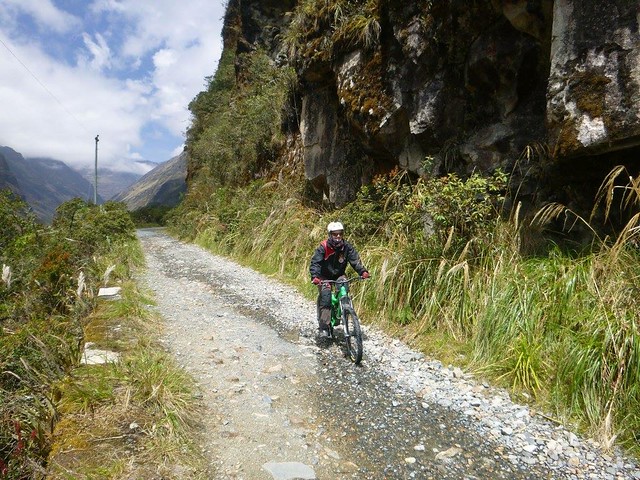 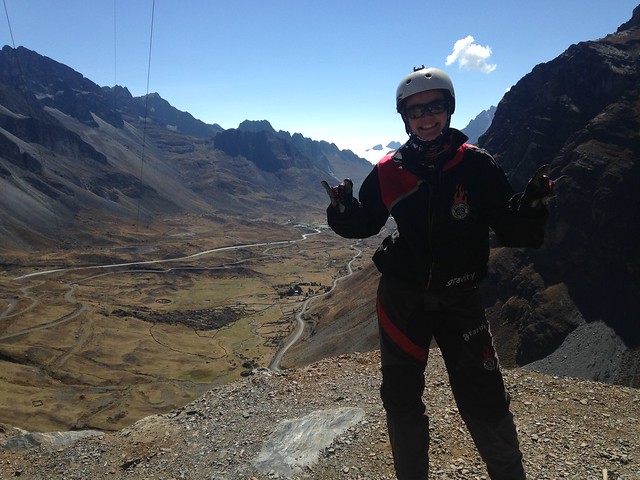 We jumped in the support van to avoid an uphill section before we reached the famous Death Road. While it is still used by some vehicles, a new road was built in 2006 which diverts most of the traffic and provides a quicker and safer route between La Paz and Coroico. This makes the Death Road perfect for mountain bikers as very few vehicles now use the route. 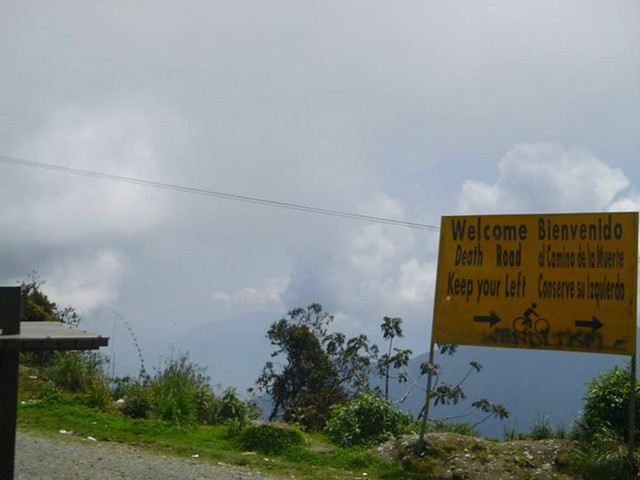 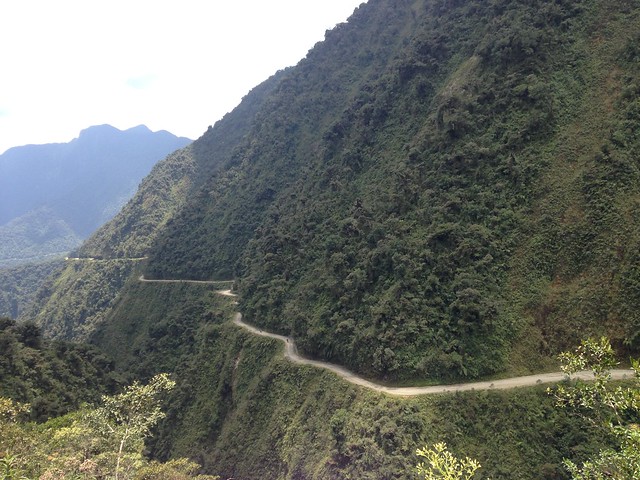 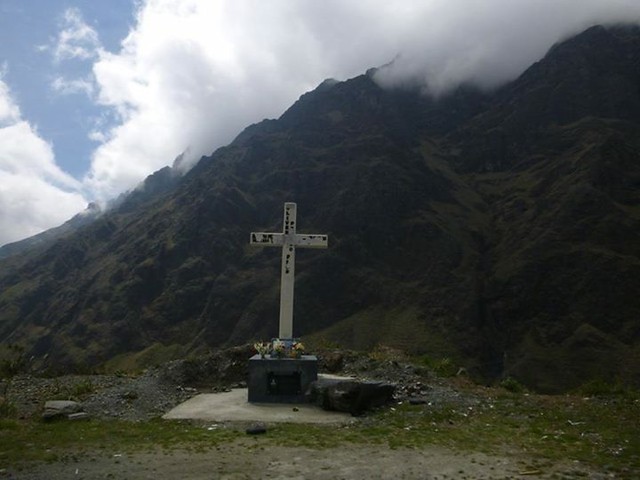 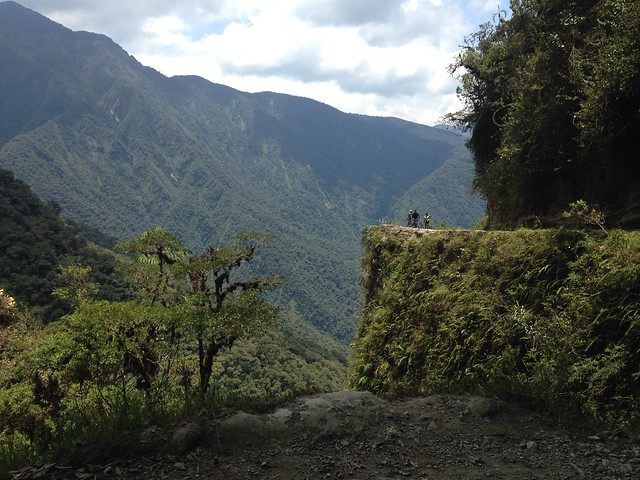 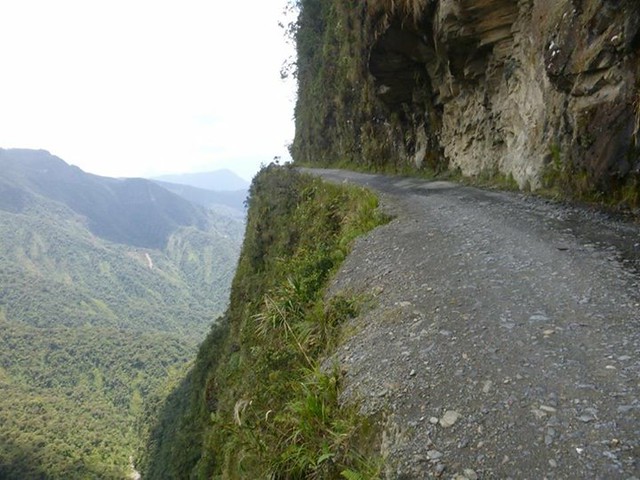 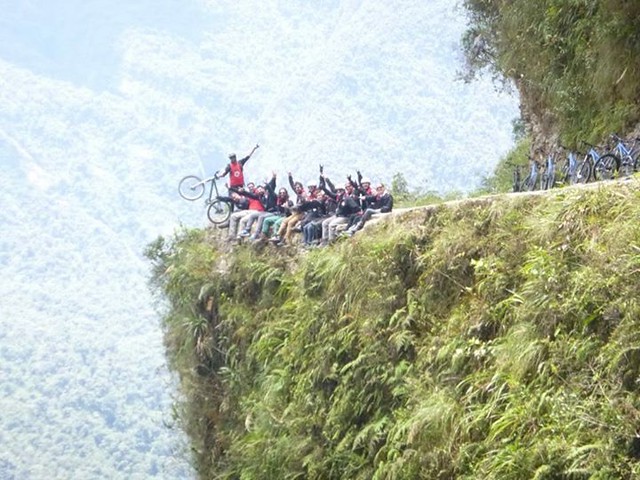 As you can see I was hardly hurtling down the hill as I entered Coroico! 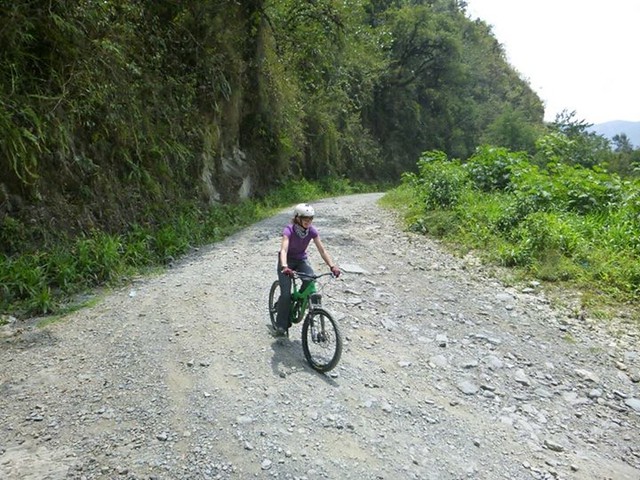 After a beer at the bottom of the road we drove to La Sena Verde, an animal sanctuary providing rehabilitation and release for monkeys from the pet trade.

Its a great place to stop for lunch before the long drive back to La Paz. 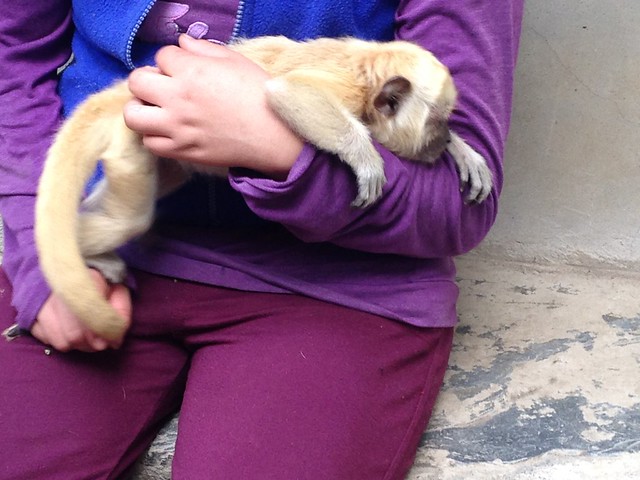 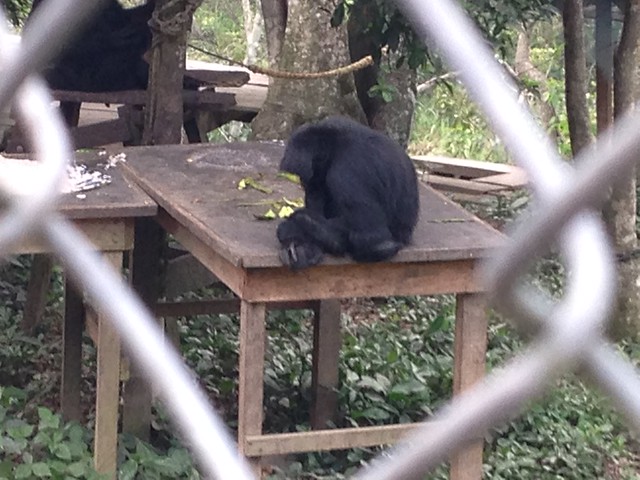 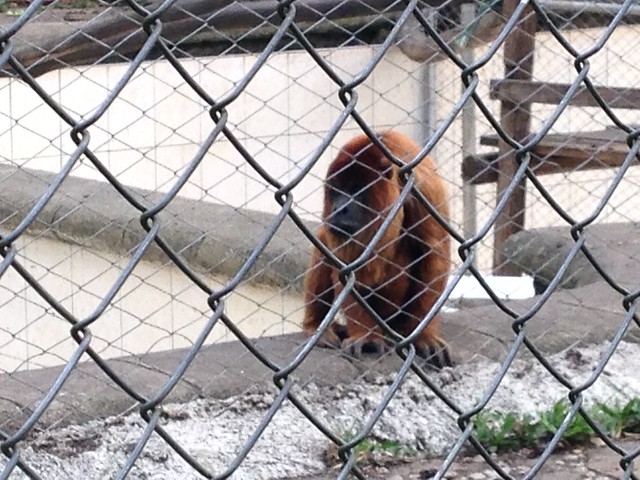 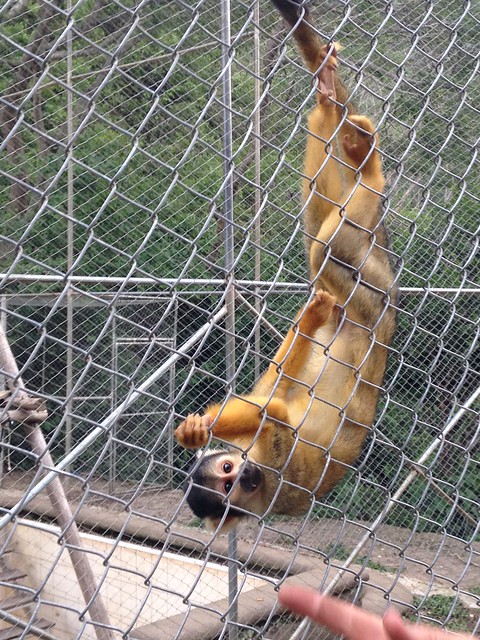 One Reply to “Cycling the Death Road, Bolivia”