After a rest day we started our descent out of Khare and back towards Lukla. Whilst we were starting on the home straight none of us imagined that it was going to be plain sailing back to Lukla – we still had to ascent back up to the Zatrwa La first.

It was certainly quick going though back down the valley from Khare, managing to get back to Gotay in a day – a route that had previously taken us 2 days to walk. It was nice to head down the valley in sunshine and appreciate our surroundings, as on the way up we had spent much of the time in the cloud and mist. 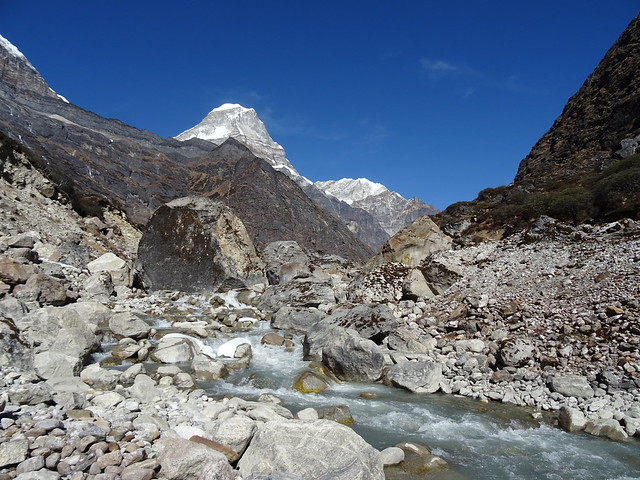 Arriving in Gotay it was clear there’d been a temperature inversion in the Hinku Valley as there was snow on the ground and it was much colder – so even though we’re back in lodges it’s as cold as sleeping outdoors.

The following day we climbed out of the Hinku valley back to to the lodge at Thule Kharka below the Zatrwa La pass. It was hard but thankfully much of the snow we’d had on the descent had melted so it was easier going despite ascending 1200m during the day. 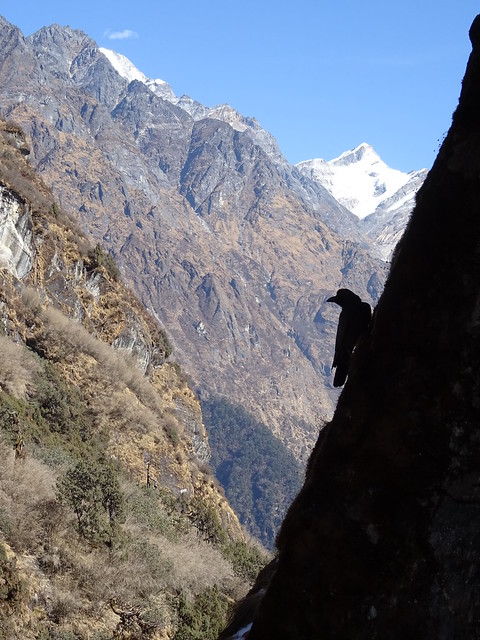 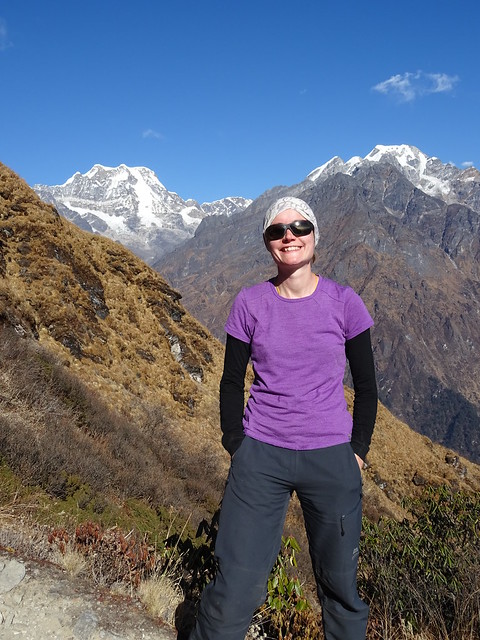 (Yes that’s the same black baselayer I’ve had on the whole trip – did I mention how cold it was?! – it is officially smelly now though) 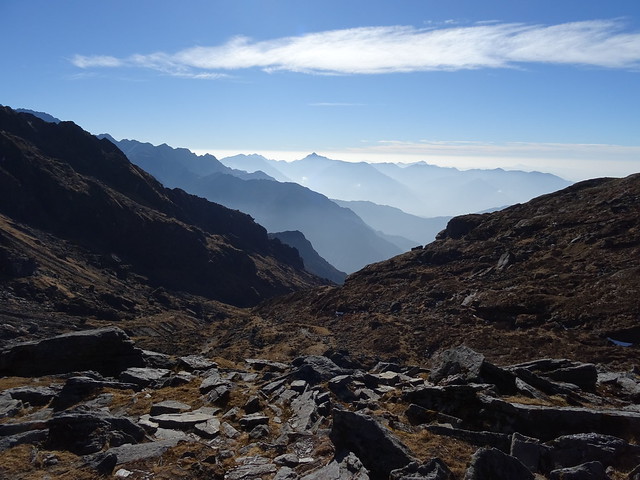 The following day we had strong wind but lots of sunshine as we headed on up to the Zatrwa La pass and along the top to reach the Zatrwa Og before descending to Lukla. 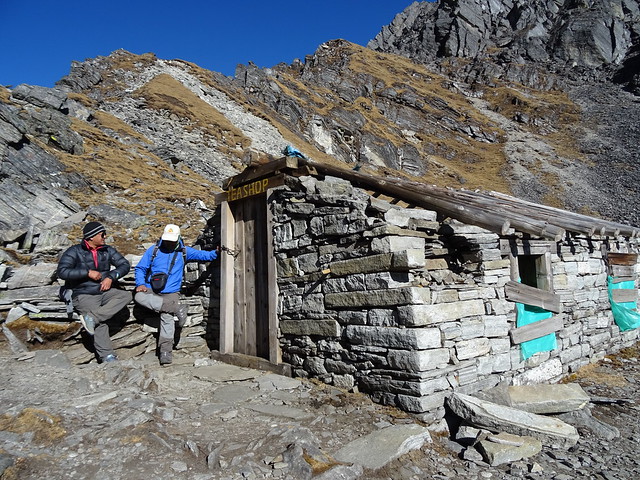 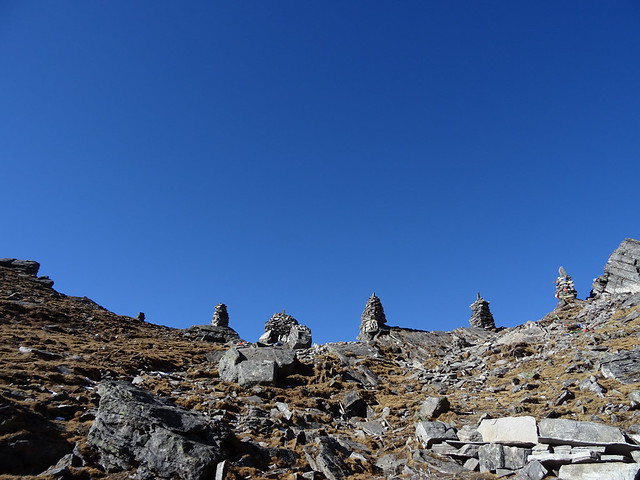 The traverse across the top of the pass didn’t seem so bad in reverse, and without snow, ice and mist it was possible to properly appreciate where we were. Amazing views over the lower Khumbu valley. 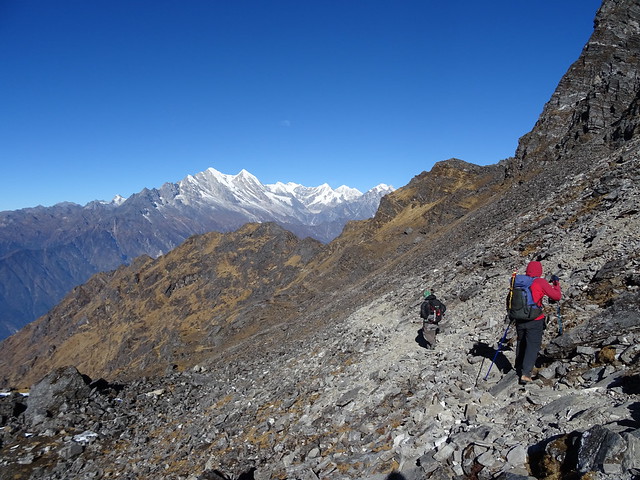 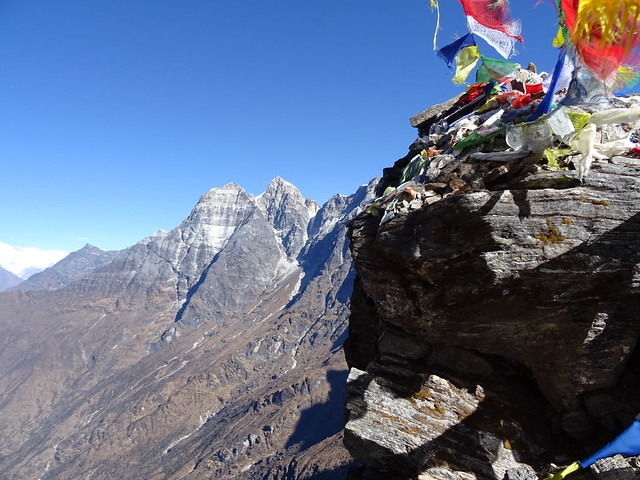 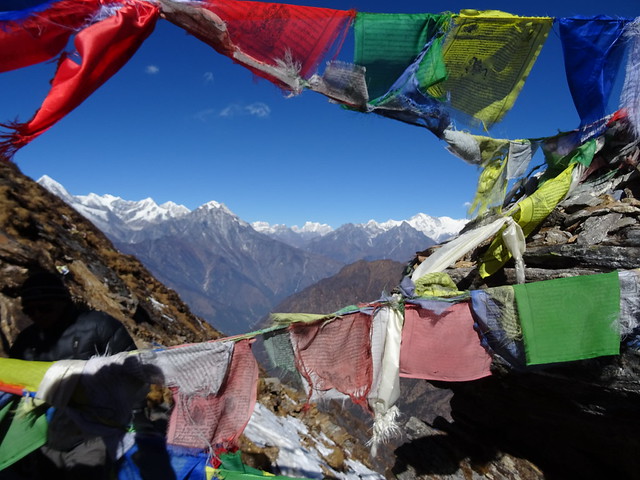 The descent down to Lukla was initially slow as we had to use crampons and axes as the snow here hadn’t melted and was in fact deeper than it had been on the way up. Once out of the snow the route downwards seemed to take forever but we did descend over 2000m over the course of the day to reach Lukla. Nevertheless we were keen to get back, and keen to treat ourselves to good coffee and cake in the little shop in Lukla. I was so excited when we got back that I doubled caked in the coffee shop, later making that a triple when the team got us an amazing cake as a celebration back at the lodge in town. We finished the night with a beers, whiskey and dancing – and despite the fatigue our team can certainly dance! 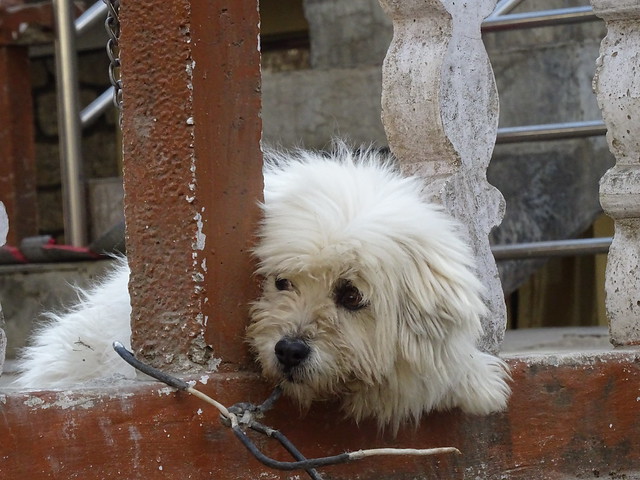 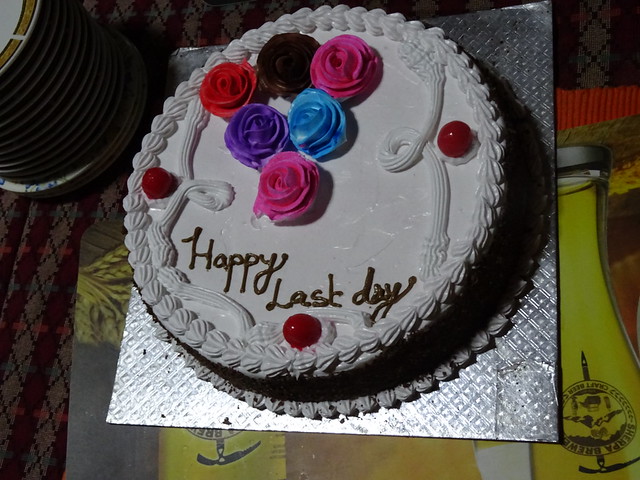