Since the weather had become cloudy and threatened rain we couldn’t head back up on to the snow so a few of us headed down the valley to Passy to do the Via Ferrata called Curalla.

Graded in our Cicerone guide as VF2B and on UKclimbing as VF1B I was very confident about being able to manage this. I’d done harder grades in the Dolomites last year – or so I thought. However it seems the French have a different opinion about grades.

The route starts just outside Passy village and involves a 20 minute walk through the woodland to reach the crag. 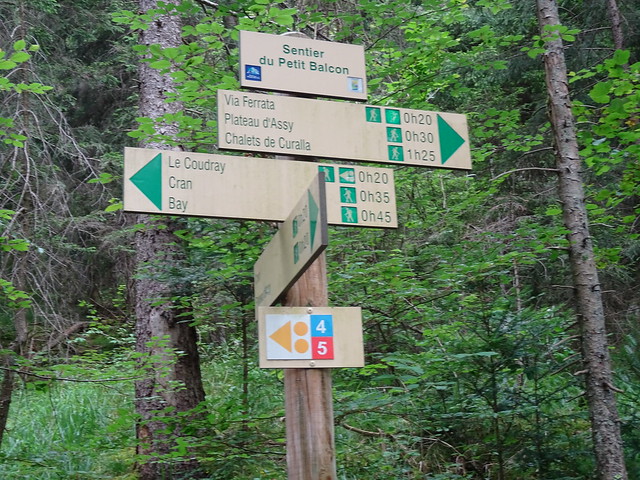 Its a great route, but unlike in the Dolomites where the via ferratas are rock climbs which are protected by a cable and with the occasional metal step to use, this is entirely on metalwear – steps, ladders and rope bridges.

Which ultimately means you can get some great exposure and disco legs! I mean why would you choose  to have a join in the middle of a wire bridge so you have to let go to move your karabiners along?!

Why would you put a pin in preventing you from moving without reclipping, just at the point of a traverse when you’re holding your breath hoping there’s a metal step just left that you can’t quite see, somewhere below a handhold you can’t see either.

Exposure and the fear of falling is the one reason I don’t climb harder than I do currently, and you can imagine there was a fair bit of swearing from me all the way along. Some of the pins were in very awkward places to re-clip! 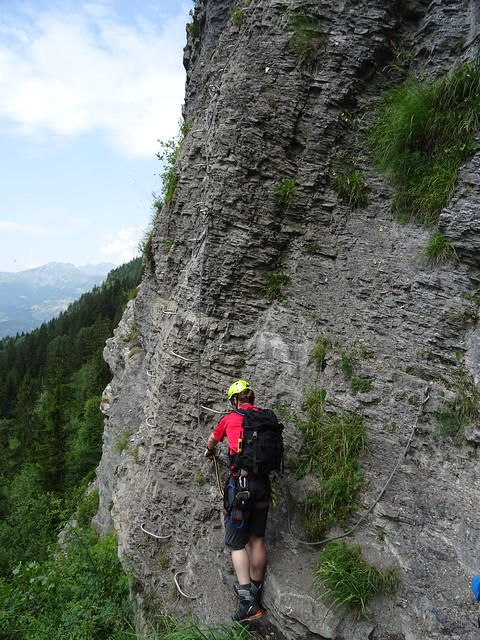 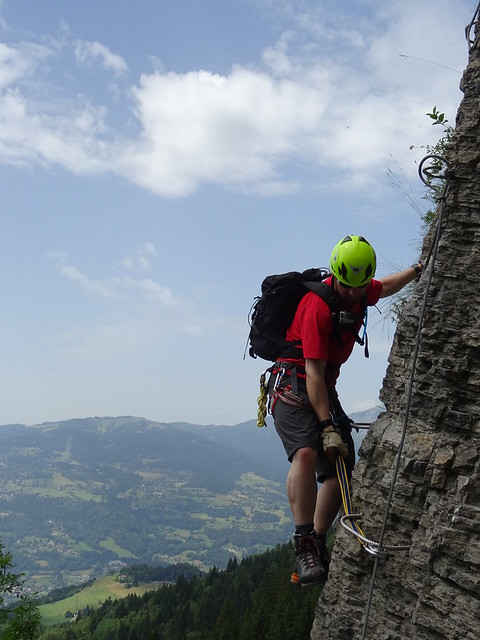 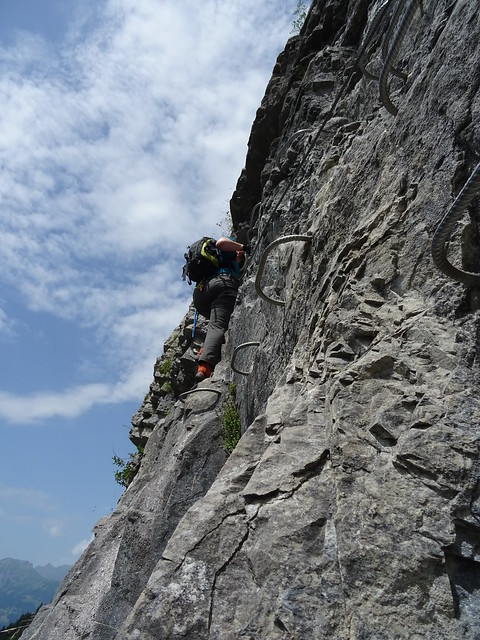 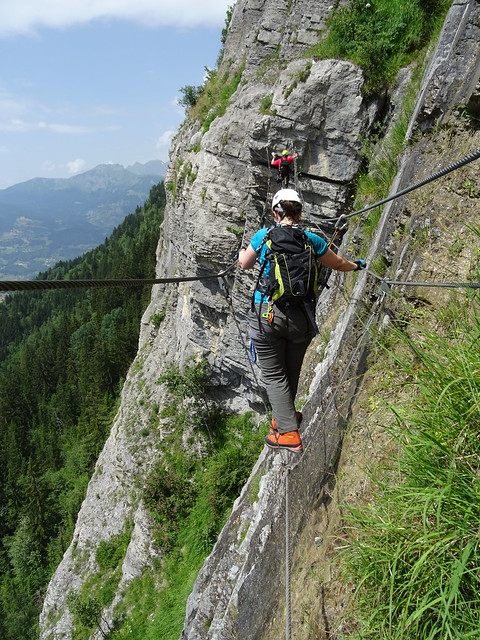 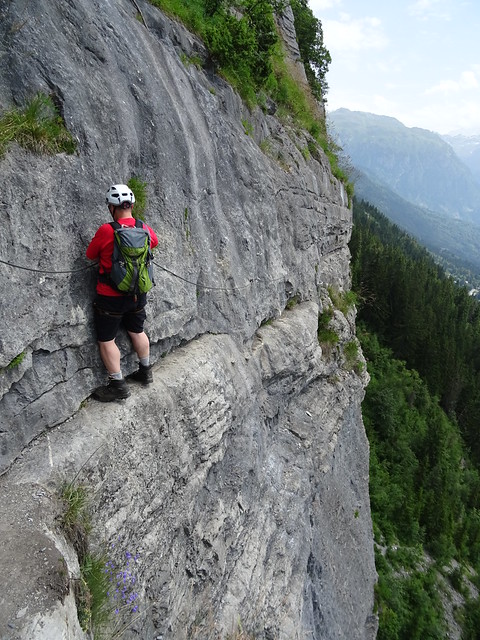 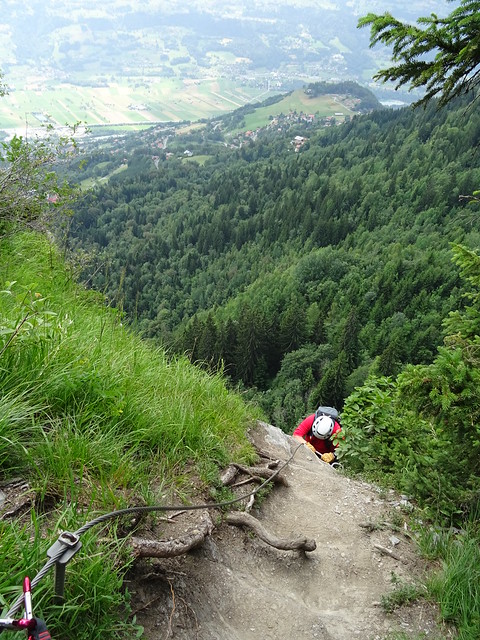 I don’t know how I didn’t drop my camera! We were all very grateful to get to the top and head back down for ice cream and beers. A fantastic route, but I think its at least a 2B grade!