My first impression of the city is that you’d never have guessed there’s a fuel crisis in Kathmandu!

The traffic is crazier than that I experienced in Phnom Penh which suggests there’s possibly more wealth here despite both cities being in third world countries, and despite a lack of fuel people are still whizzing around in their cars and bikes. I’m told the traffic is calmer than normal.

Here people seem to pip their horns to alert others to their presence, to scare the tourist as they pass to deafen them, or simply because no one else is pipping and someone always has to be.

Unlike Phnom Penh however there is some order to the traffic, there’s just too much of it for it to be disorganised. Except for the odd motor bike that drift across to the wrong side, generally traffic sticks to one side of the road. It works. My typical method of just walking out in traffic, quickly and with purpose, would get me killed at home but here it works.

The president went passed at lunch and his motorcade had police roadblocks. Impressive. I was the only idiot walking across the side of the road oblivious to who it was, I had to ask a police officer.

The volume of traffic does mean that a scarf is necessary to prevent a coughing fit but despite that most tourists will eventually succumb to a cough brought on by the pollution. I learnt that on day one, with a coughing fit on my way back to my hotel.

Turning off the main highway which is definitely the worst area for your lungs, I headed to the tourist district of Thamel. Thamel is a network of tiny roads and alleys which reminds me of medinas – full of shops selling wooden carvings, paintings, clothing and felted objects, everything the tourist could ever want. With no street names it’s easy to get lost, but that’s half the fun. The other half is dodging the motorbikes and trying not to jump out of your skin as they pip at you from behind. 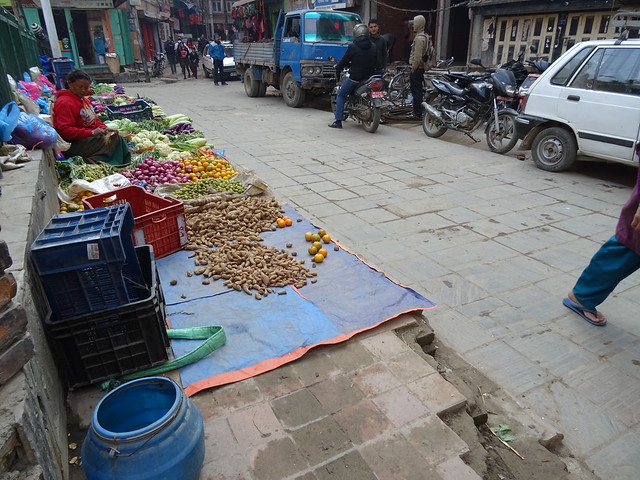 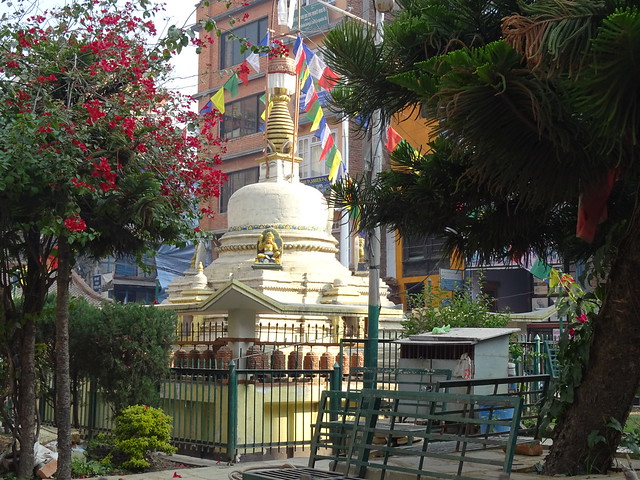 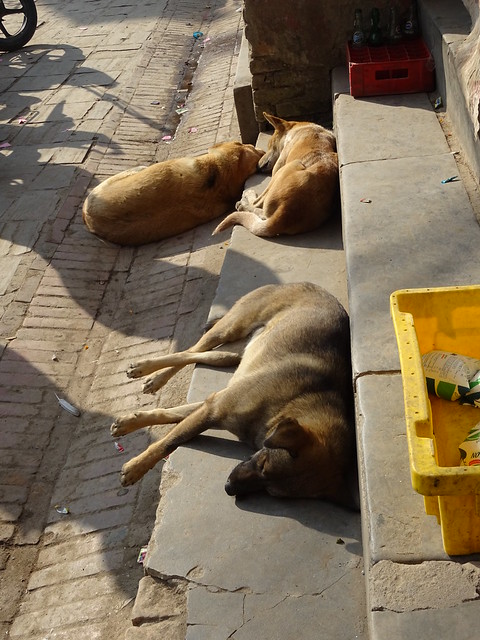 It didn’t take me long to get bored of Thamel though. There’s only so many hippy clothes and knick knacks a person can look at; so I continued along the back roads and alleys towards Asan. Asan blurs into Thamel seamlessly with its similar alleys and roads but here they serve local’s needs of kitchen paraphernalia and practical clothing. From here you can also get to the most famous of the Kathmandu valley’s Durbar squares, but on my first day I wanted to get my bearings and just wander. 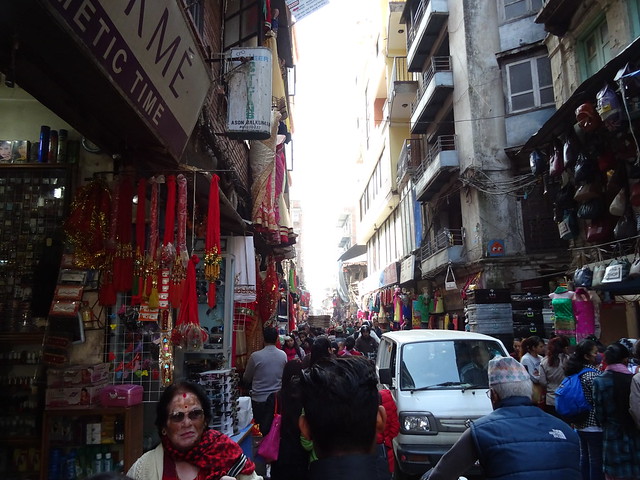 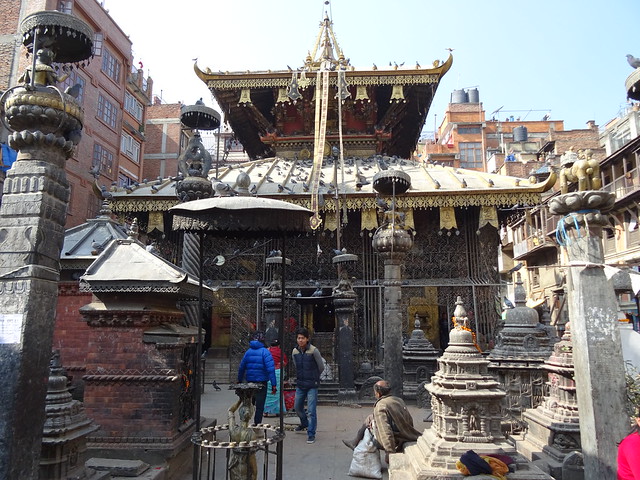 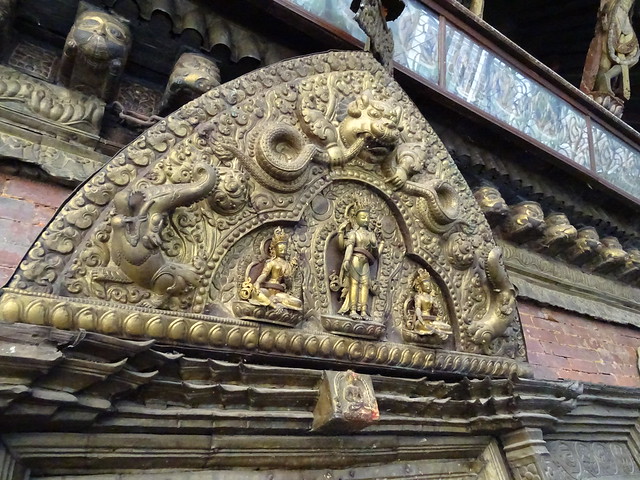 Heading back to the main highway bracing my lungs for the onslaught, I paid 25 rupees to enter Ratna park – a municipal park which despite being surrounded by busy roads, manages to provide an escape from the traffic. 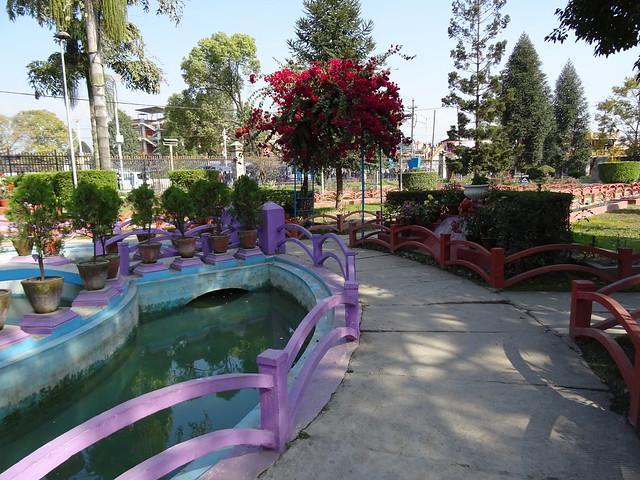 Next door is the serene Queen’s Pond, closed for most of the year except religious holidays. From the bridge over the highway it is an unreachable nirvana in the crazy city. 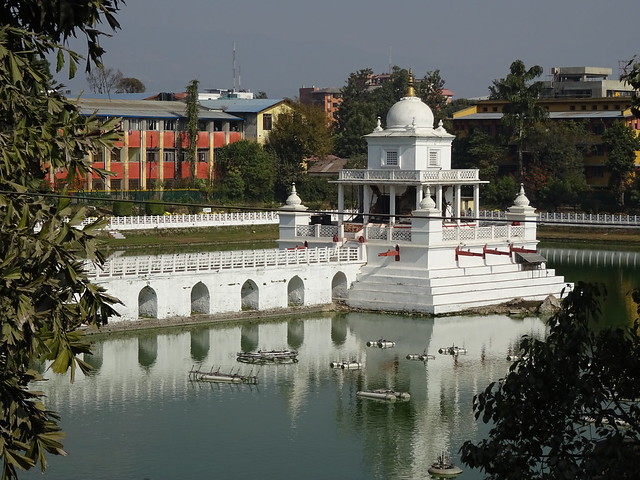 My last stop near Thamel is the attainable bliss of the Garden of Dreams – you have to pay for the pleasure of enjoying the escape from the traffic, but at 200 rupees it is worth every penny to lie on the grass and enjoy the sun on your face. 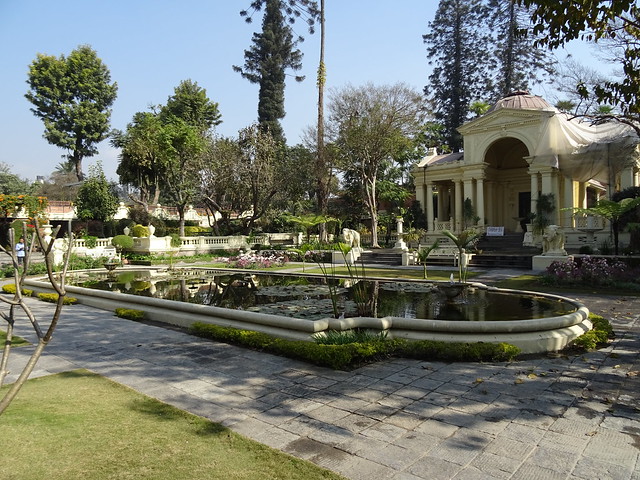 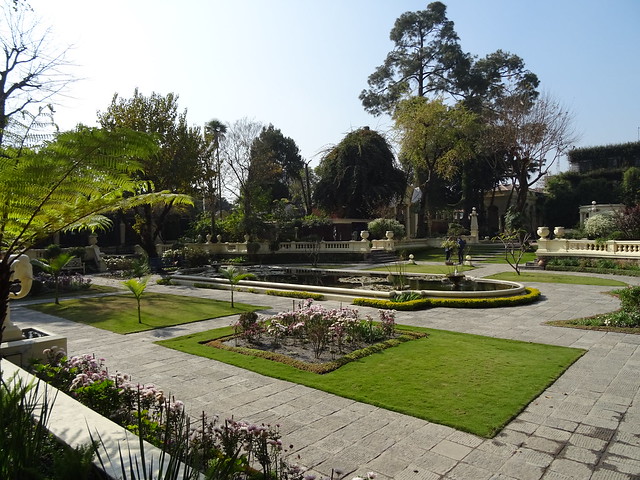