Running was not something I planned to take up this year, but thanks to a couple of inspiring friends who are parkrun addicts, I’ve become one too. I started in May, shocked that whilst I have no problem walking a marathon I struggled to run for 5km without my lungs burning and feeling like I was going to be sick!

Now I’m not only beating my personal best and running fast than I ever imagined, I’ve also done my first 10k this year and thinking about a half marathon next year. Yes, it’s really that addictive. 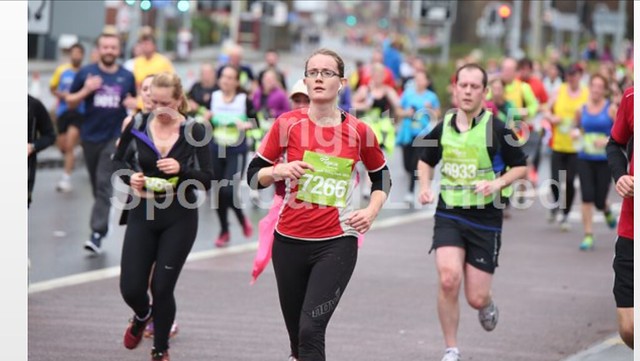 I was just happy to finish the 10k but to have managed it in under 1 hour and to feel like I could carry on was amazing.

I’ve also met some truly inspirational people this year, running because its part of them. Running for charity, running stronger, faster and harder than I could ever imagine and yet inspiring me to push myself further.

I met Emma Timmis through helping Womenclimb, a bunch of fantastic women aiming to inspire more women to get climbing at whatever level, and to breakdown the boundaries which prevent women from taking up the sport. Emma is an amazing climber, but is also an awesome running. Just check out her blog – www.emmatimmis.com– having the length of Africa last year, this year she cycled to the Dolomites to climb and then cycled home.

I’ve also met Brendan Rendall – another powerful runner who’s not content with running multiple marathons, ultra marathons and then the coast to coast route in 8 days, he’s now planning to run the length of Malawi next year in order to raise funds to build a school. If you’re on twitter check him out @helpfomo35 or his justgiving page.

And while my running endeavours pale in comparison, having such amazing people, who are still real and not turned in to caricatures of themselves by avoiding celebrity, inspires me to try harder. I’ll probably never run a marathon but to feel the wind on my face, the rain on my skin and to feel powerful (even if only for an hour) is all I need.