I didn’t intend to spend so much time in La Paz but over the course of three weeks it became the centre point of my trip – somewhere to rest, rejuvenate and explore. The opposite of the rest of my trip which was about endless travel, camping at high altitude and sleeping rough, craving a shower and decent food.

La Paz is a crazy city but weirdly not the maddest place I’ve ever been. Arriving on Sunday to find the municipal weekly fair in town, an opportunity for children to play in the street and dogs to get dressed up (?!) it was somehow much more like home than I expected! 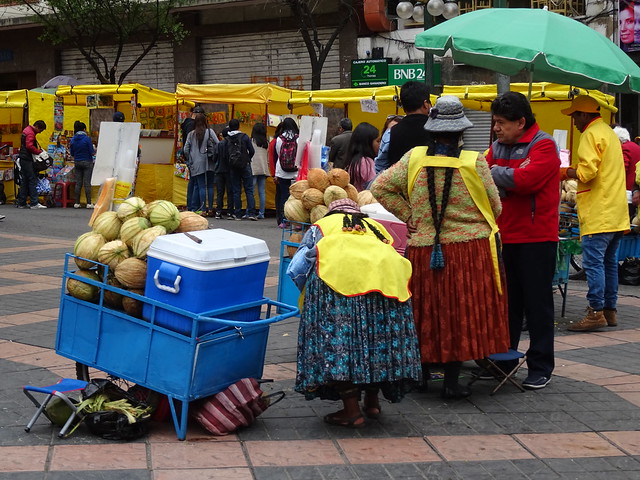 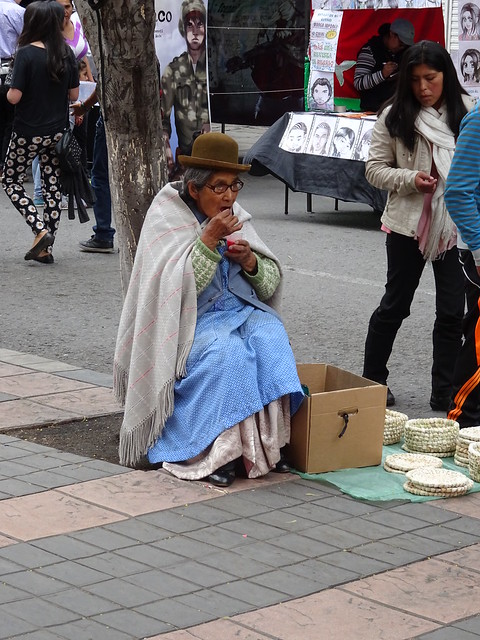 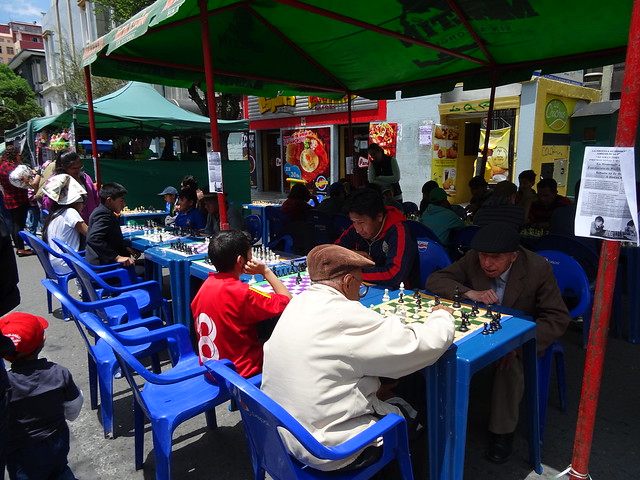 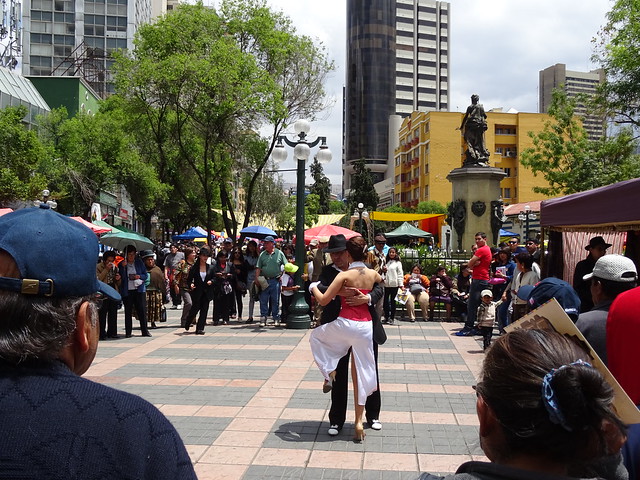 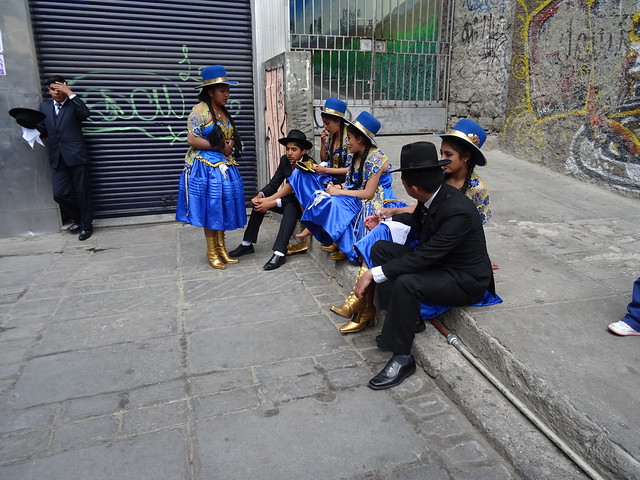 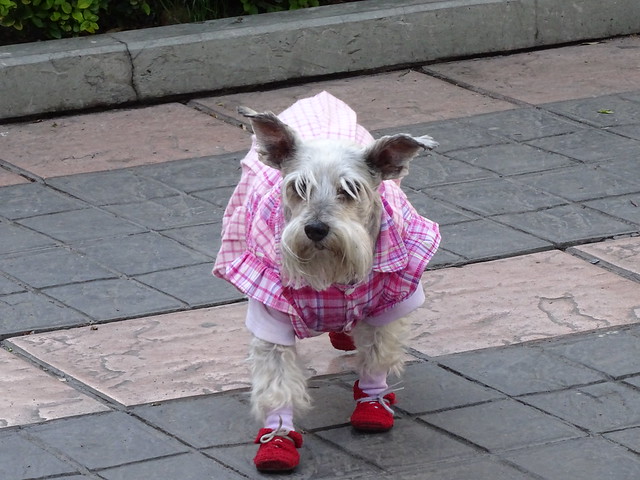 After a strong coffee (well its actually hard to find strong coffee in Bolivia despite it being a coffee producing nation) I wandered up to San Francisco Cathedral and the back streets around it – Sagarnaga and Linares – where most of the tourist curio shops reside.

Its a good place to start to get a taste of Bolivian culture, shops that spill on to the streets, with women outside knitting – and also to get acclimatised to the steep streets that at 3800m above sea level will leave you completely breathless. 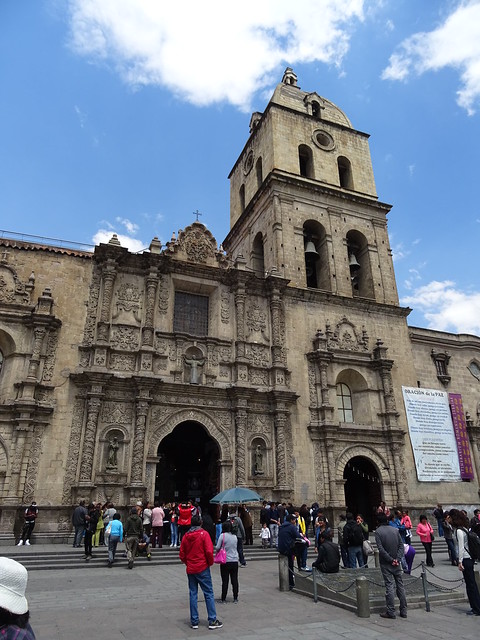 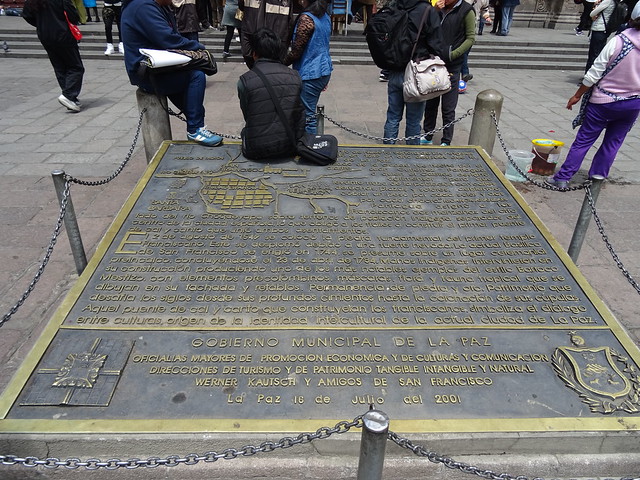 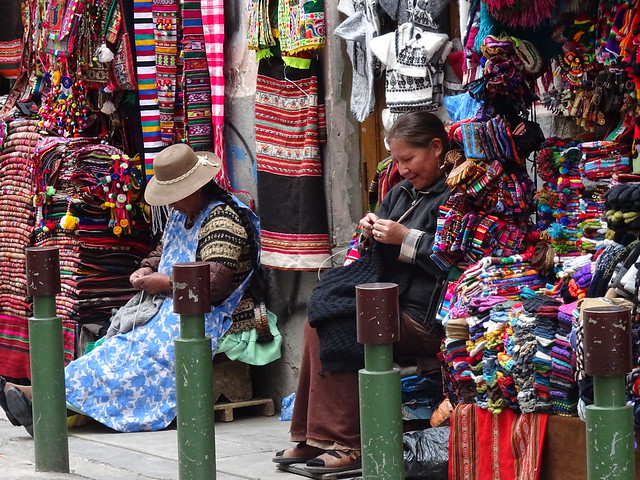 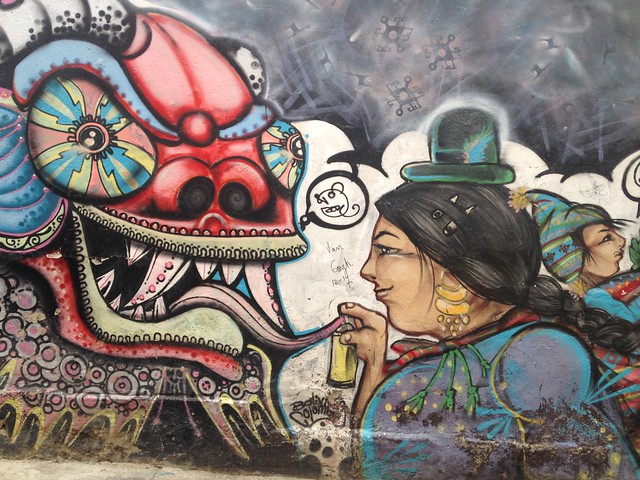 I eventually stumbled on the Witches Market – a series of streets where baby llamas are strung up for sale to be buried under new housing as protection and good luck. 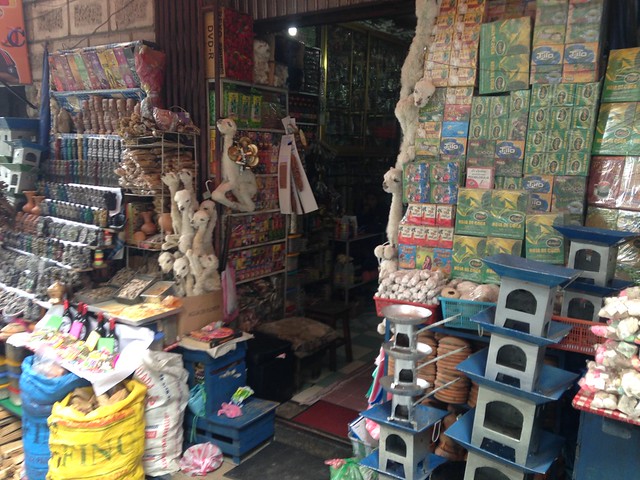 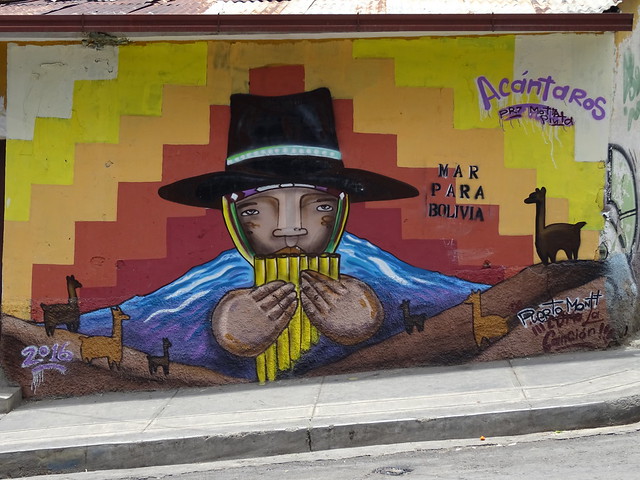 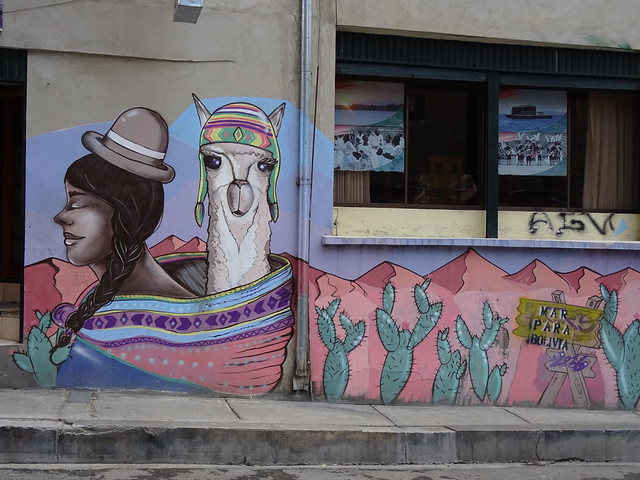 The following week back in the city after one trip camping, I met up with a friend on her travels through South America and had a trip out to Valle de la Luna – Valley of the Moon. The geology of La Paz is crazy enough – a city sat deep in a valley cut in to the high plateau and despite the whole place being built on mud and rocks the city manages to still being jam packed and spill out of the valley and across the El Alto plateau. An expansion which is currently ongoing and resulting in a massive road and house construction programme around 10 miles of more around the edge of El Alto.

Its certainly a crazy landscape and while the Valle de la Luna is maintained as a ‘park’ area, it is worth visiting to see the geological wonder. 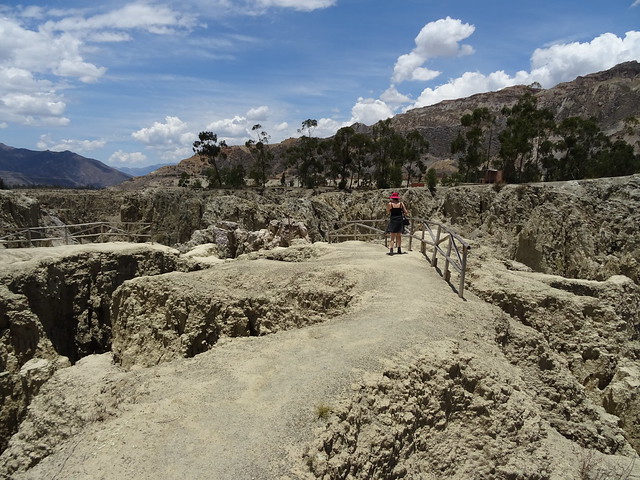 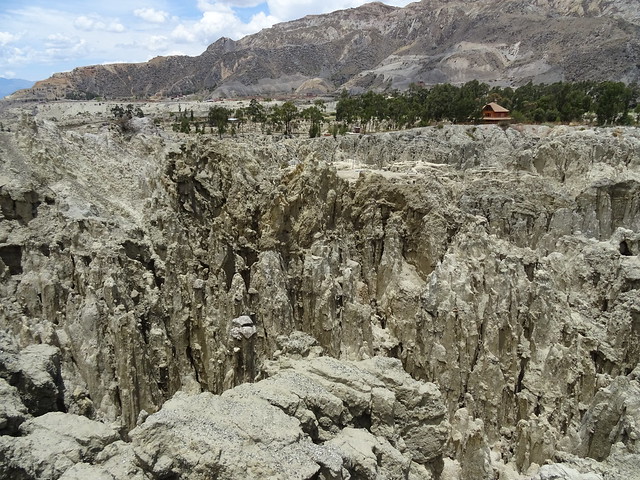 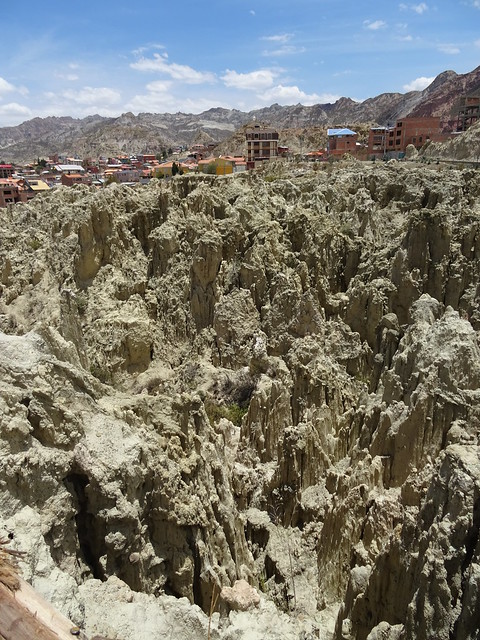 The easiest way to get around La Paz has to be the cable cars, there’s currently three operating – yellow, green and red – although construction on blue and white routes are currently underway. I love the cable car for being a quick way to get up to El Alto for views across the city, and for being only 3 Bolivianos – about 30p – which means that it is affordable for all Bolivians to use. 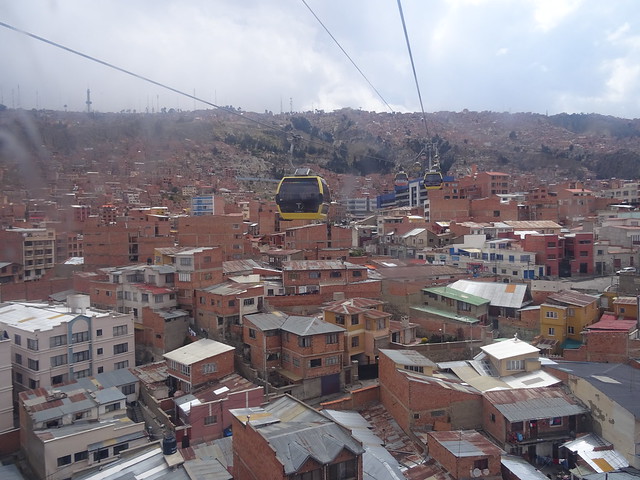 After a few days wandering the streets and riding the cable cars I found Avenue Los Andes. A back street tucked away behind the maze of streets buried by markets stalls, Los Andes is an interesting street and not just because it is so steep its almost vertical. It has the city’s collection of costume shops covering all Bolivian traditional festival costumes. 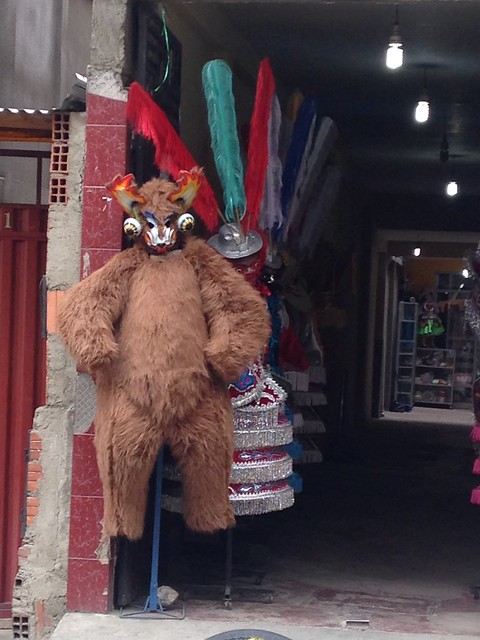 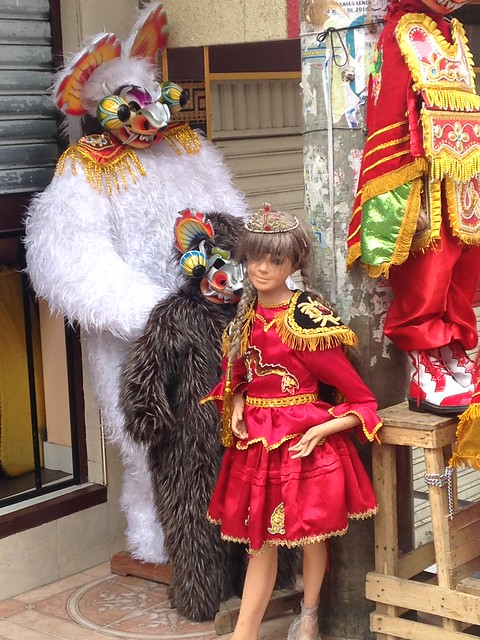 When I finally got to the top of Los Andes I found the city’s graveyard, an interesting place to visit to see how a city as crowded as La Paz deals with its dead. All graves are only occupied for a maximum of 10 years but this means they are well cared for and visited often. The cable car provides a great view down into the graveyard too. 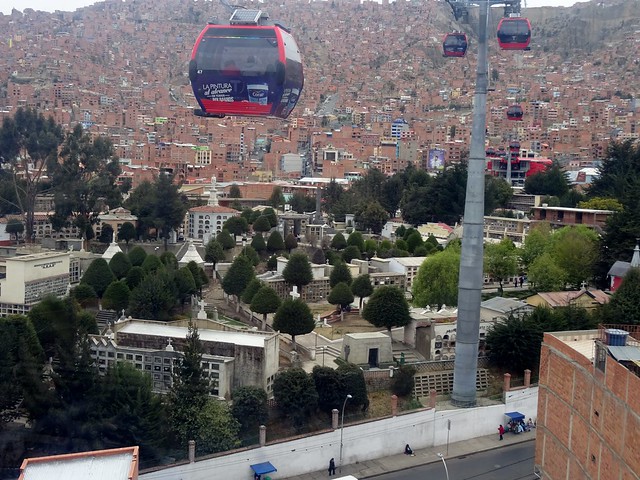 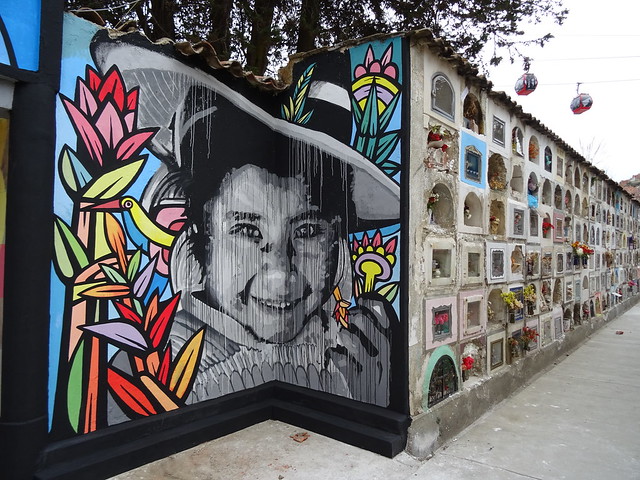 As my whole trip to Bolivia found, October isn’t a great month to visit as its coming into the wet season, so thunder storms and rain can appear at any point. Though the cable car provides a great photo opportunity for impending storms. 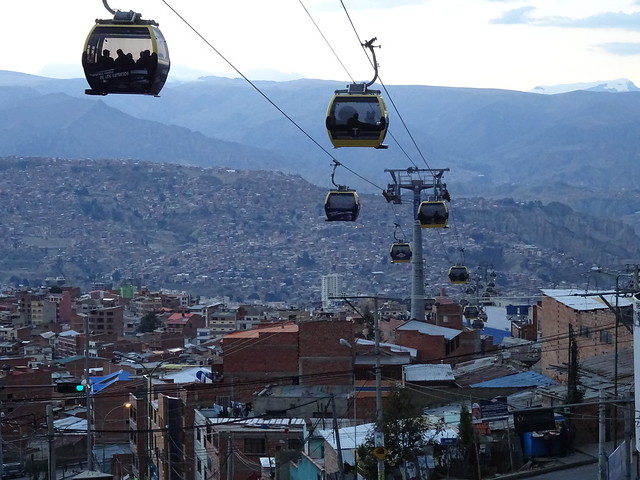 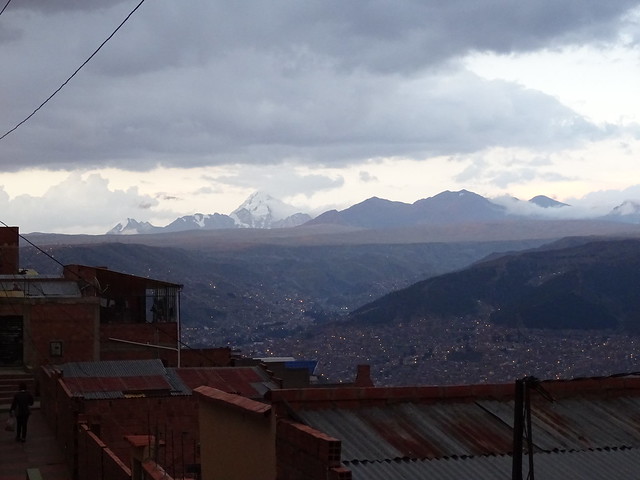 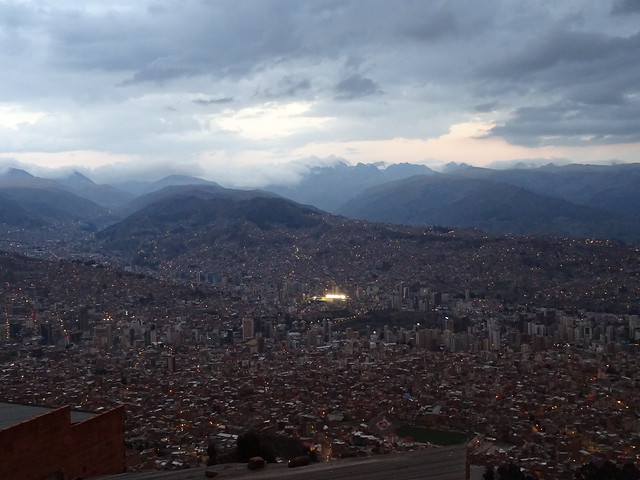 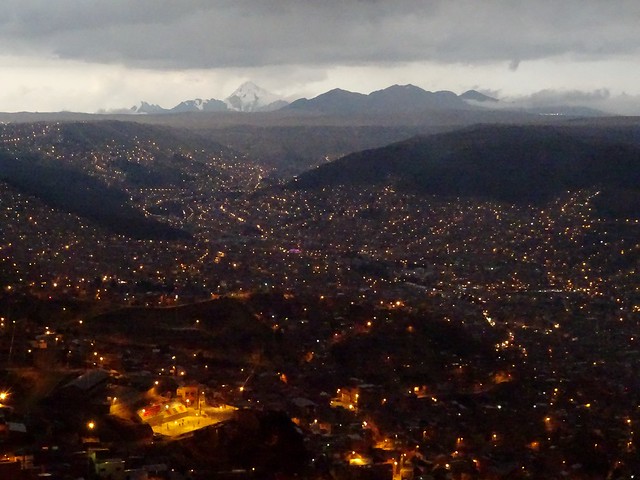