Its a 6 hour drove from La Paz to Copacabana on the bus. Negotiating the insane traffic and roadworks around El Alto’s ever expanding construction area and then along empty roads winding through the hills alongside Lake Titicaca. 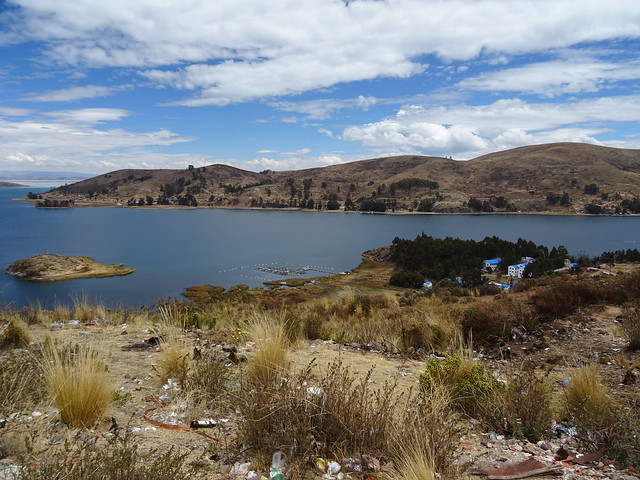 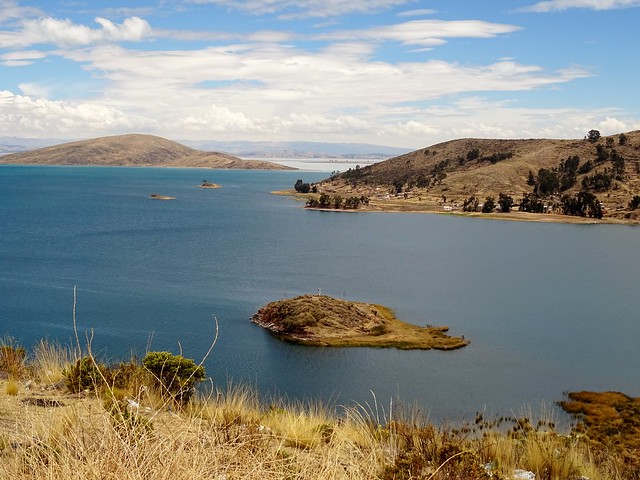 The journey also includes a short crossing of the lake at Tiquina on a barge. It initially puzzled me why a bridge hasn’t been built across the short distance – but as the barge owner pointed out, why is a bridge needed when the crossing provides work for numerous men on the barges. And why the hurry? 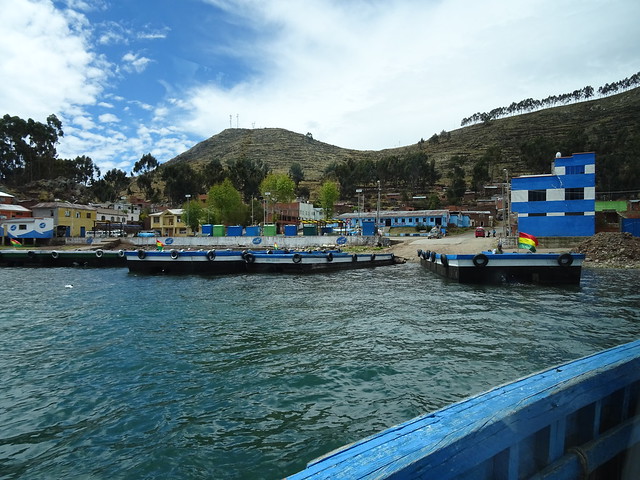 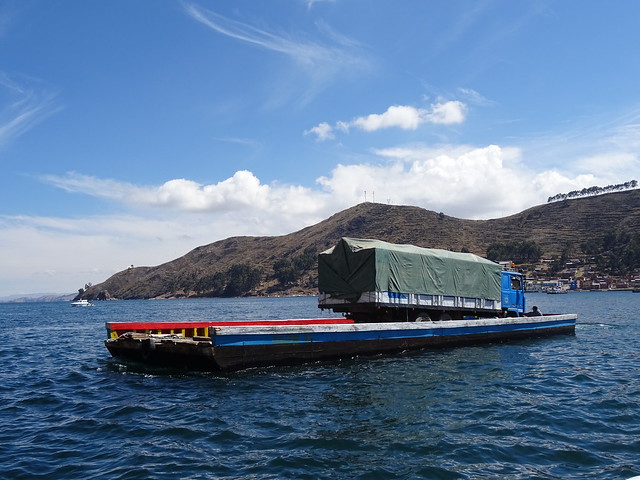 Copacabana is a popular tourist area as the last stop in Bolivia before you reach Peru. Despite Lake Titicaca predominantly belonging to Peru, the Copacabana peninsula and the Isla del Sol are part of Bolivia. 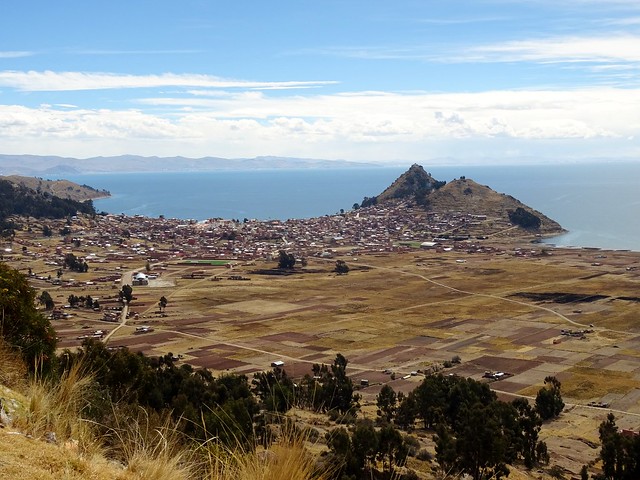 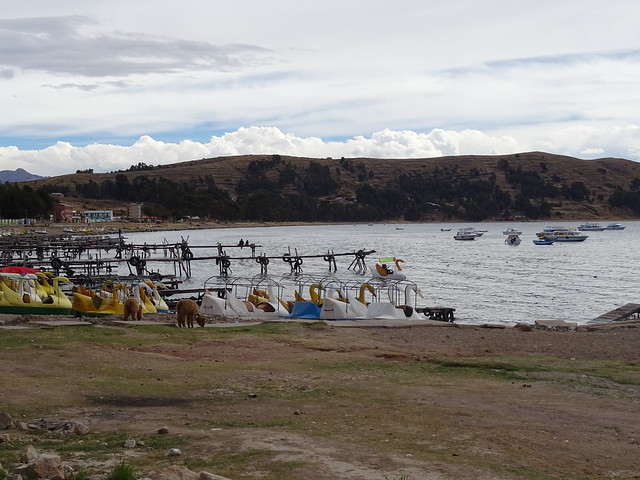 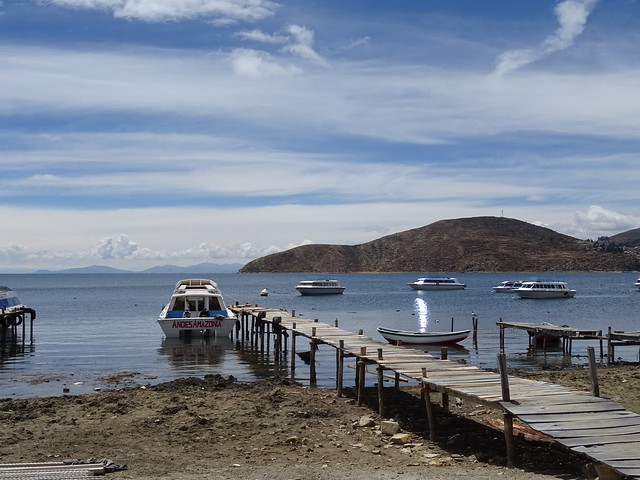 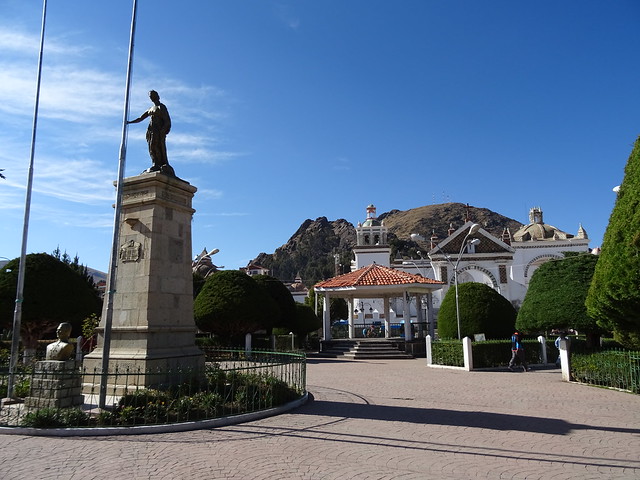 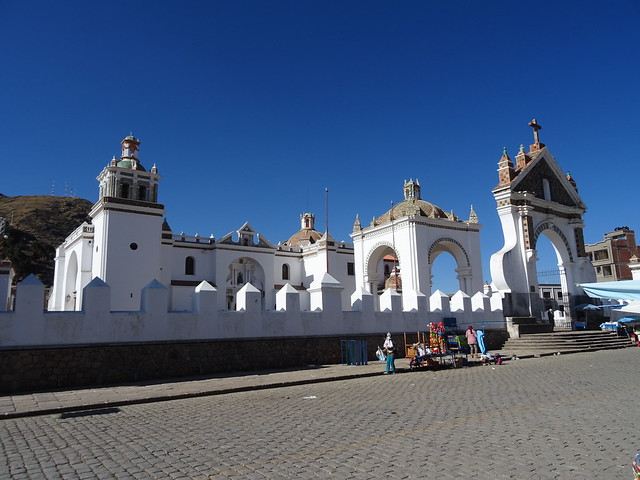 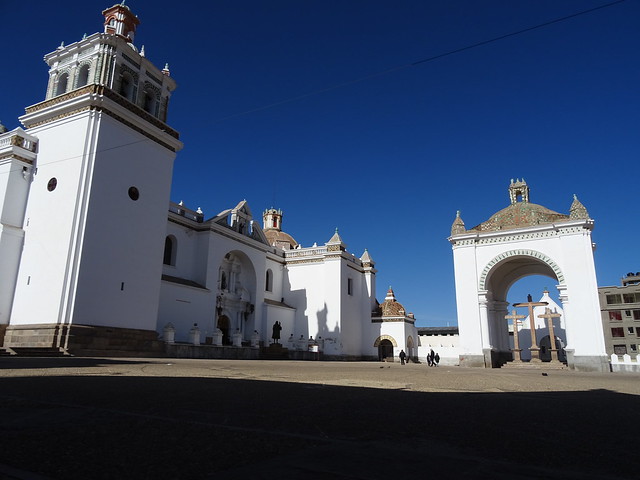 After an afternoon soaking up the sun in Copacabana and slowly wandering around (its still at 3850m high so its knackering to even wander the streets) the following morning I caught the boat for a 2 hour trip to the Isla del Sol to Challapampa at the north of the island. 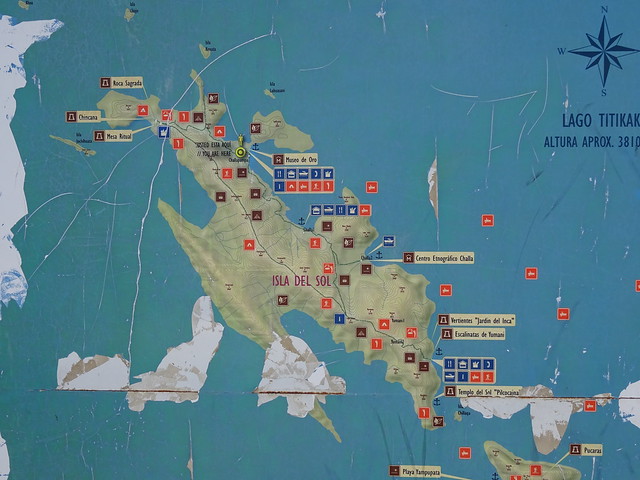 The Route of the Isla del Sol or ‘Island of the Sun’ is a 9km high level footpath that runs the length of the island and provides fantastic views across the lake, as well as providing access to Bolivian Inca ruins. 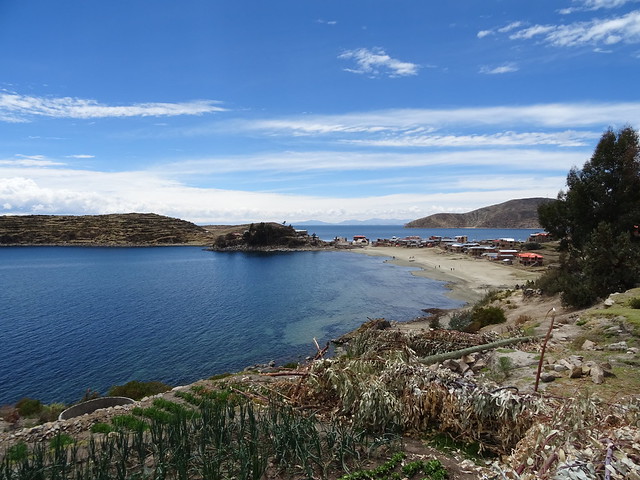 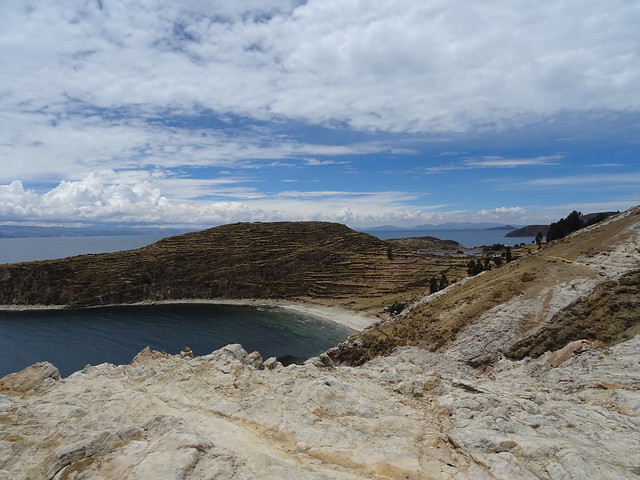 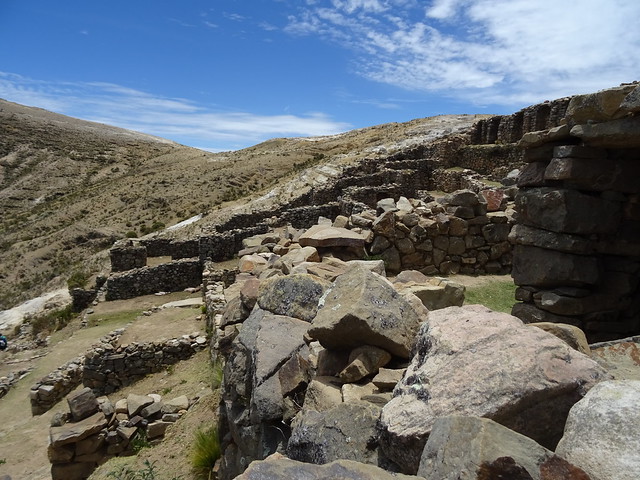 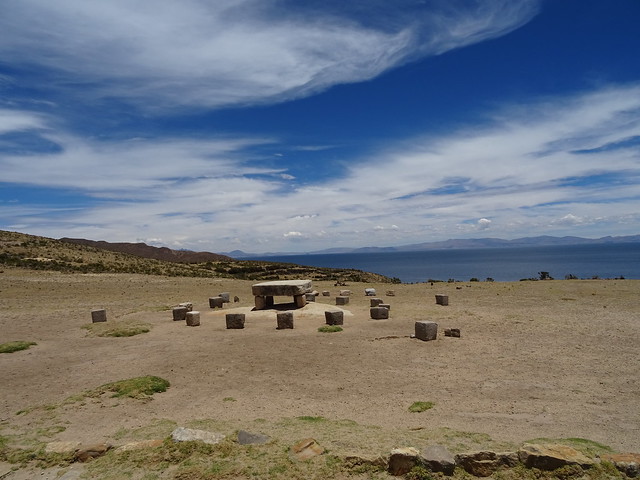 9km isn’t far at all and shouldn’t be a problem at all, but approaching 4000m high the impact of the altitude was knackering and in the baking sunshine I had to stop every so often for drinks and a breather. 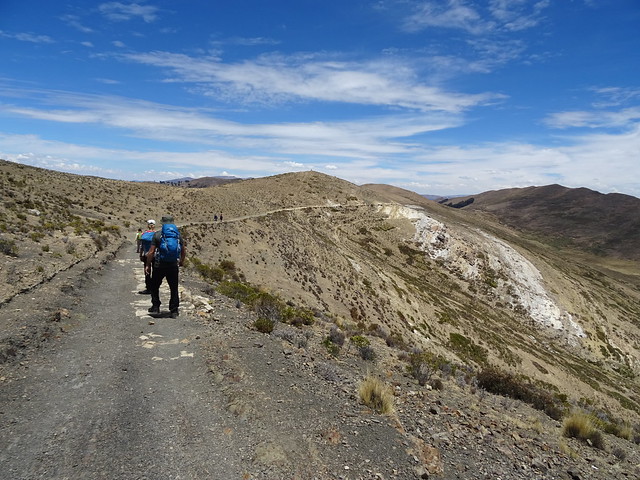 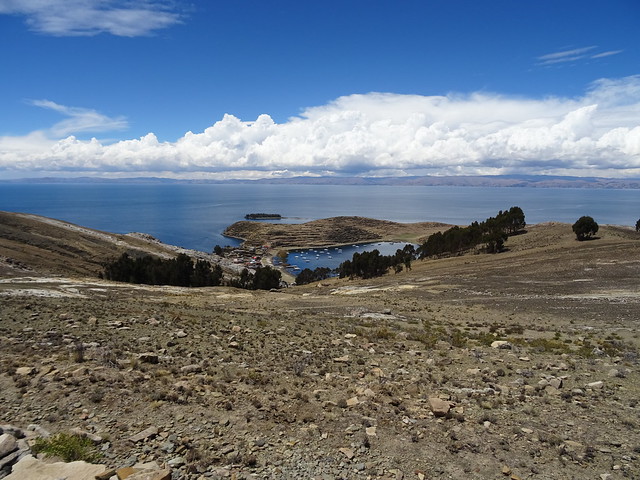 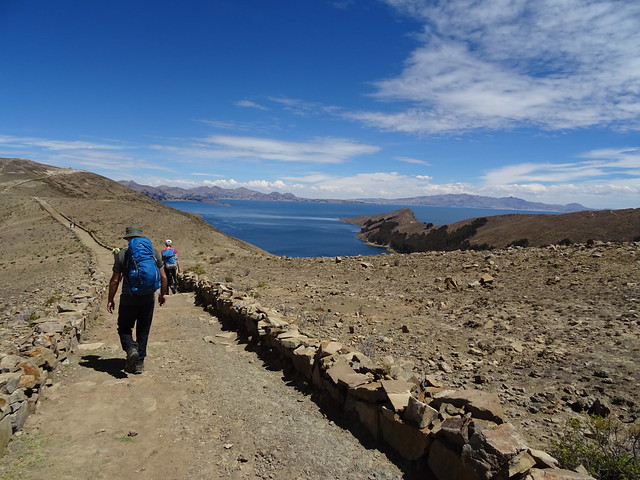 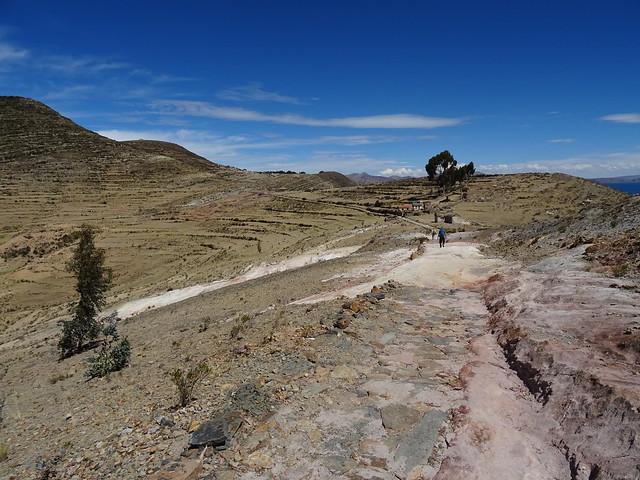 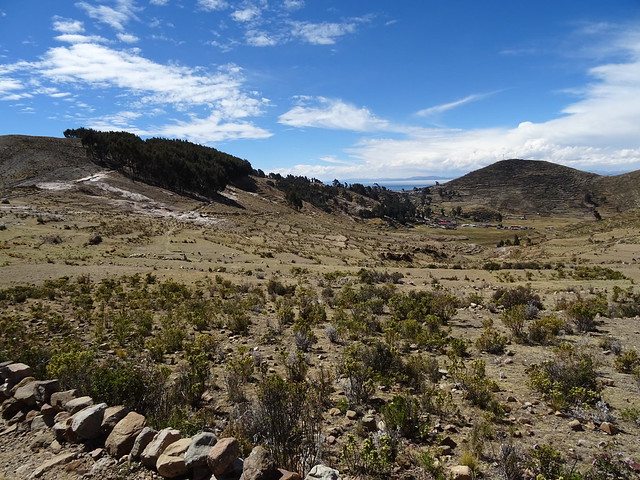 Finally arriving at Yumani in the south was a relief to cool in the shade before getting the boat back. 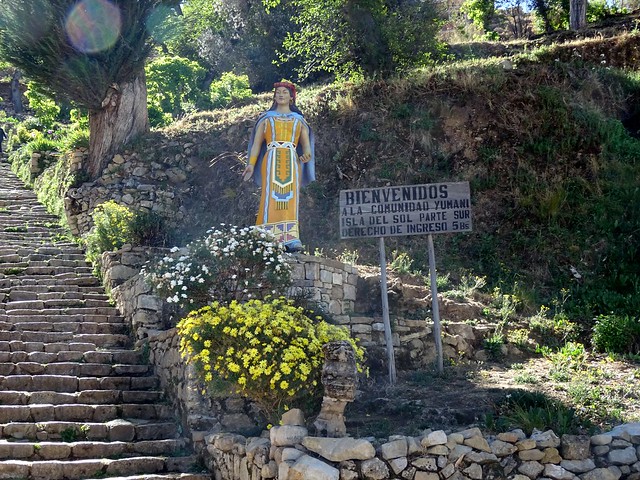 2 Replies to “Copacabana and Route of the Isla del Sol”