Sorry for the lack of posts for the last month. I’ve done nothing worthy of writing about. By that I mean I haven’t walked more than a mile in a day – its been mind numbingly boring and cabin-fever frustrating.

After a fantastic trail run at the Keswick Mountain Festival and then completing the Dovestones Diamond 10k in the rain a week later I felt fantastic and totally ready for running a half marathon. Nevermind the summer months rock climbing and peak-bagging over the fells. 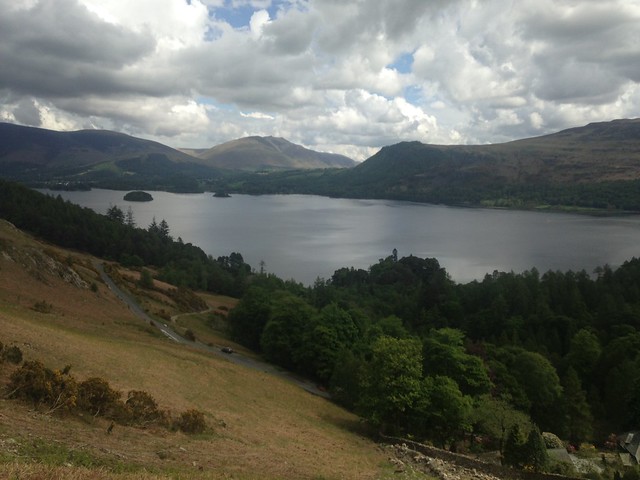 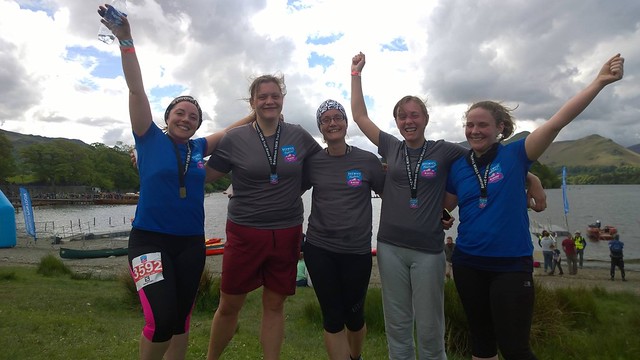 Then I managed to tear my right calf muscle which put pay to any ideas of running more races. I wouldn’t mind if I did it on a long romp across the moors, or during a race – then I could understand it being from overuse. Instead, I stepped off a kerb crossing the road and it went just went pop! I knew right away that it wasn’t going to be something I could just walk off.

So for the last month I have spent a massive amount of money (I dread to think) on physio, but its been worth every penny. Nothing means more to me than being able to enjoy being active outdoors, so I don’t care about the expense. During this period of hobbling around and calf stretching I have also learnt that my left knee which I twisted 6 years ago has a degenerative tendon so I need to start strengthen around it. And my left big toe which causes me agony when climbing is degenerative arthritis – nothing to be done about this according to the specialist, just deal with it when it gets worse. Not good for 33! Can I trade in my legs for an upgrade?

So lots of physio and a steroid injection in my toe later I managed to get back out for a hike this weekend. Nothing spectacular – I picked a couple of peaks that were on the tick list, but would normally be a terrible dull romp over the moors on the edge of the Yorkshire Dales. I didn’t want to over do it, and the hills need ticking eventually… (even injury doesn’t stop me being addicted to peak bagging!)

I was also dog sitting Ted, my favourite border terrier, who has also been suffering from a limp. Once out on the hills though you’d never have known we were both injured – Ted especially, as he pulled me along all day wanting to chase sheep.

We headed up Gragareth, a hill supposedly the highest point in Lancashire sat firmly in the Yorkshire Dales National Park. I’m not going to lie, its not a fantastic ridge with miles of interesting terrain. It is a moorland fell top which stretches out as miles of grass and sphagnum moss bog which would be awful in the depth of a wet winter and midgy ridden on a hot summer’s day. Thankfully it was neither yesterday, so while we got soaked bog trotting, it was otherwise a perfect day for such a walk. Ted did take a dive in a bog up to his neck though which wasn’t ideal. 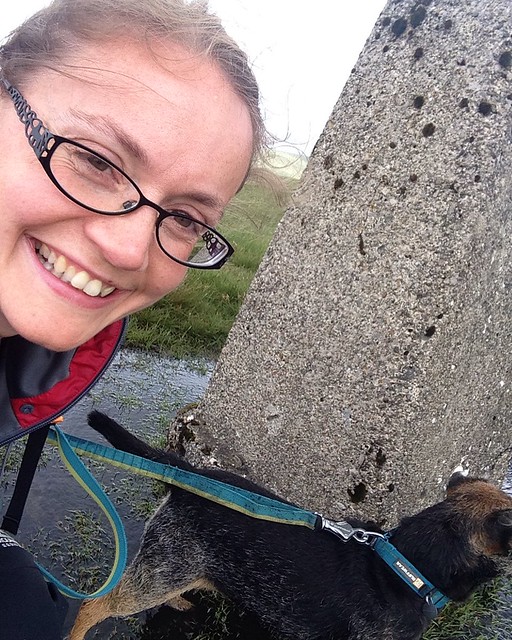 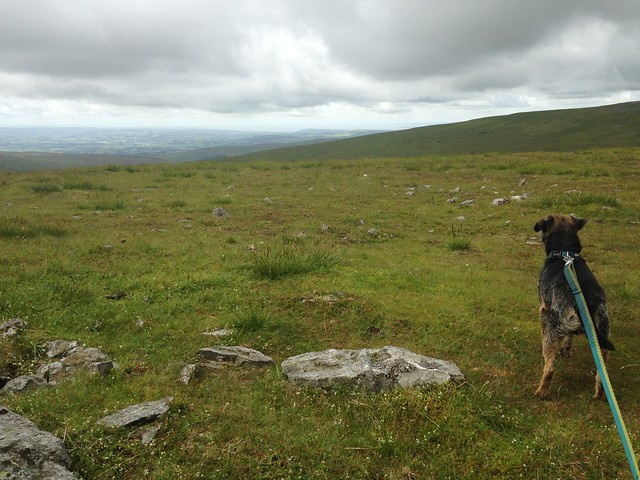 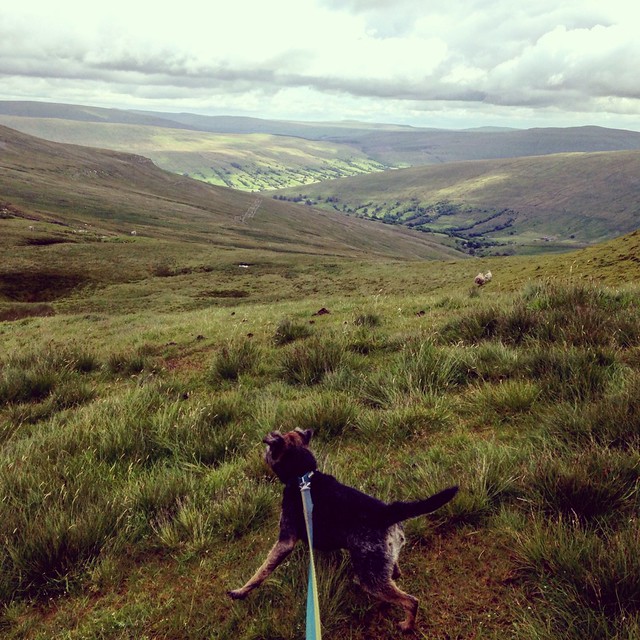 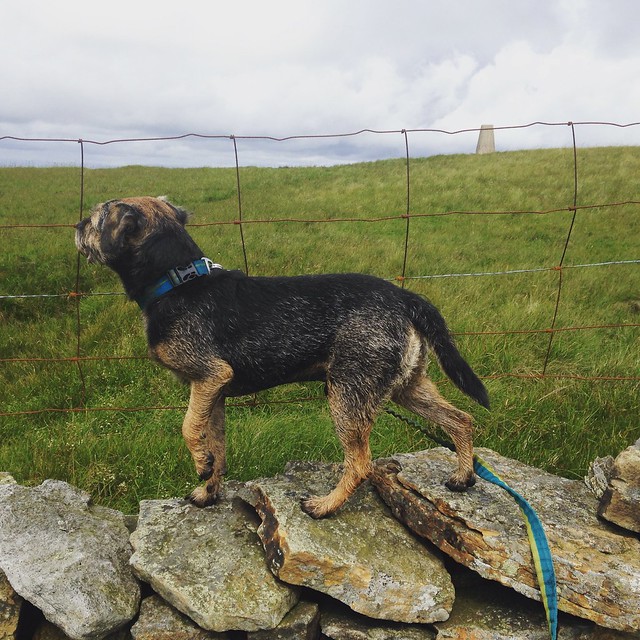 The whole round only took about three and a half hours, which was good, as by the time we got back to the car, my knee was screaming and my calf aching. I was also hoarse from shouting at Ted to slow down. Well, at least we got out!